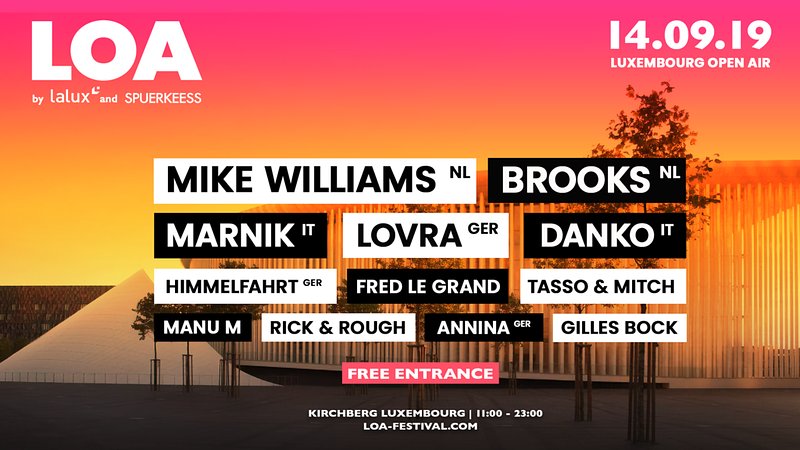 Ahead of the new music festival ‘LOA - Luxembourg Open Air’, which makes its grand debut on 14th September and features artists such as Mike Williams and Brooks, Noah Gudgeon asked Felix Hemmerling - one of LOA’s co-founders and partners - a few questions in regards to organisation, expectations and what the future holds for the event.

How did you come up with the idea of LOA - Luxembourg Open Air? What inspired you to organise such an event?

Felix Hemmerling - The origin of the idea is multifaceted: First of all, we felt that there is a lack of bigger events focusing on EDM/Melodic House and similar music genres. We’ve all lived in the Netherlands, Ireland and other places such as Singapore for quite a while and saw the gap between those places and Luxembourg regarding such events.

Secondly, Food for your Senses and Rock-a-Field having stopped operating, there aren’t any events of this kind left in Luxembourg City or its close surroundings.

Finally, Ivan (Cardoso), who actually launched the whole idea of creating this festival, questioned why there’s never been an event at this fantastic spot behind the Philharmonie: Place de l’Europe. That’s when we sat down together to refine the concept and craft a plan to make it happen.

What has your role been during organisation? Have you been working on LOA full time, or have you been juggling several jobs at once?

The advantage we have as a team is that we all have different skill sets that put us in the fortunate position of perfectly complementing each other.

Ivan is leading the whole design and marketing side. Besides that, he is also involved in establishing partnerships.

Sebastian (Jacqué) is our fund raising and sales expert. He’s got incredible pitching skills and raised a substantial amount of money in an exceptionally short time frame to finance this project. Sebastian also leads most of the PR and partnerships activities, but is also coordinating the logistical side with me, for instance.

Tom (Wecker) is more of our background guy. He’s pitching in his experience in logistics and hospitality as well as his network he established through his ventures when needed. This can often be a substantial accelerator.

Finally, I myself am leading the financial and logistic aspect, as well as supplier and staffing tasks. Besides that, I am working a lot with Ivan on the marketing side and am also sourcing new partners.

Being a team of only four, we’ve actually been all part-time except Sebastian. His position at TWPM Group enables him to work on LOA during the day. This is extremely important for meetings where we have to raise funds and create an ecosystem of reliable partners around us. Without a full-time person on board we would definitely not be able to successfully organise this festival. 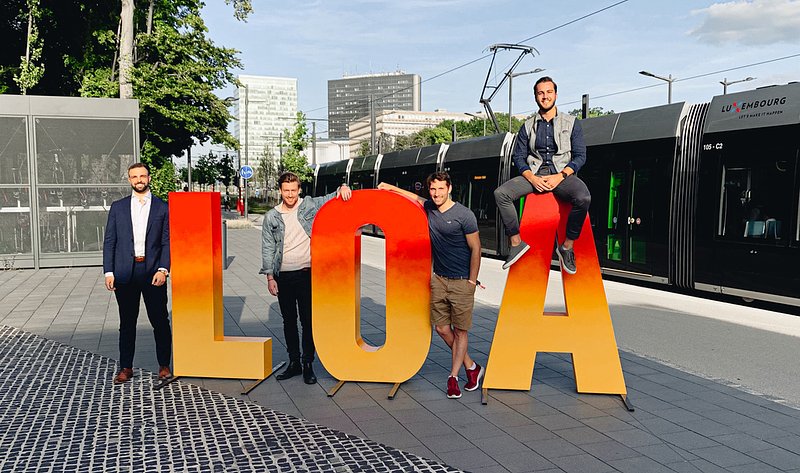 How easy has it been to set this festival up? What's it like working alongside your co-workers?

Long-story-short: It’s been quite tough and time-consuming, but so much fun at the same time.

Since Ivan and I have no previous event management experience, I knew we were not going to be able to execute this vision on our own - especially since we both have other full-time commitments. Hence, I suggested to approach Tom and Sebastian, who both have a lot of experience in the hospitality industry, managing successful restaurants and hosting events themselves. Both being excited by the idea as well, they also pitched in quite a lot of ideas and other suggestions on how to make this idea become a successful venture.

That’s how we formed this team and put our heads together to finalise the concept - and we actually started executing our plan on the same day we decided to work together.

Working together has been a delightful experience so far. It is often said that the team is one of the main reasons why businesses fail or succeed, which is why we feel that it is important to really know and understand your teammates. We all have a lot of fun building this venture while also enjoying spare time outside the LOA context – whether that’s playing squash or drinking a pint or two. 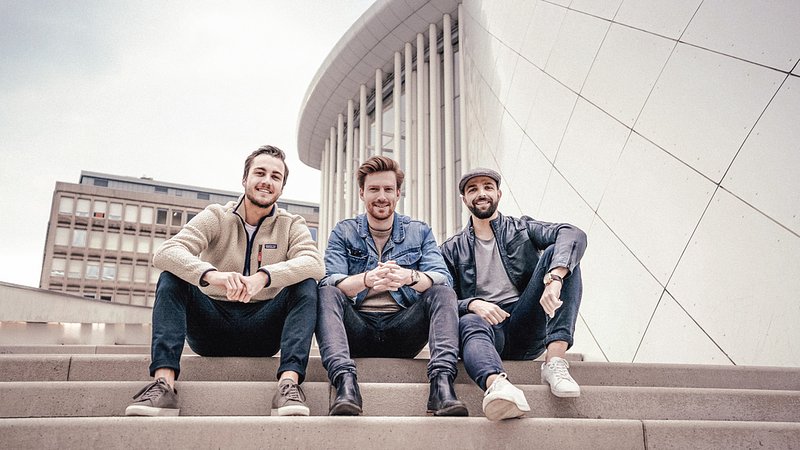 The festival boasts big artists such as Mike Williams, Brooks and Marnik - was it difficult getting them to headline? Why did you choose this specific line-up?

We were fortunate enough to be surrounded by people with some established connections in the music scene so we were able to quickly talk to agencies managing artists such as Mike Williams, Brooks and Marnik.

Our line-up, however, changed a few times before publishing since we tried to find the perfect mix between commercial and non-commercial electronic music.

The latter answers the question of why we chose this specific line-up: we aim to make LOA an event everyone can enjoy – those looking for progressive house music, those looking for EDM and those who do not really focus on the music but just want to enjoy a day with family and friends.

What are expectations for the first edition of LOA? What has the response from the public been like so far?

It’s hard to describe expectations for an unprecedented event like LOA – but we’re expecting great music and people to have fun! There will be a lot of surprises on the day itself, and we feel people are looking forward to the experience.

The response has been really positive so far- a lot of people are talking about the festival and seem to be looking forward to this new festival. We have some good traction on social media as well and feel confident that quite a lot people are going to show up.

We’ve of course made sure to put in the work over the past months so as to make it a great day for everyone attending.

What are your plans for the future concerning LOA? Will it become an annual event?

While enjoying the process of creating something new from scratch, which is always one of our top goals when starting a venture, our main ambition is to establish this new concept in Luxembourg city on the long-term. The main reason we launched Luxembourg Open Air was due to our ambition to contribute to the event scene in Luxembourg.

Rock-a-field and Food for your senses having stopped their operations in 2016 and 2019 respectively, so we felt that LOA is the right concept to fill this gap in the music scene.

Plans for the coming years highly depend on the level of success we can reach this year. We definitely plan on making LOA a long-term venture rather than a one-off event, so we’ll see after this year’s edition where we’d like to head with the concept.

RTL Today has two LOA VIP tickets to give away; for more information, head over to our Facebook page!