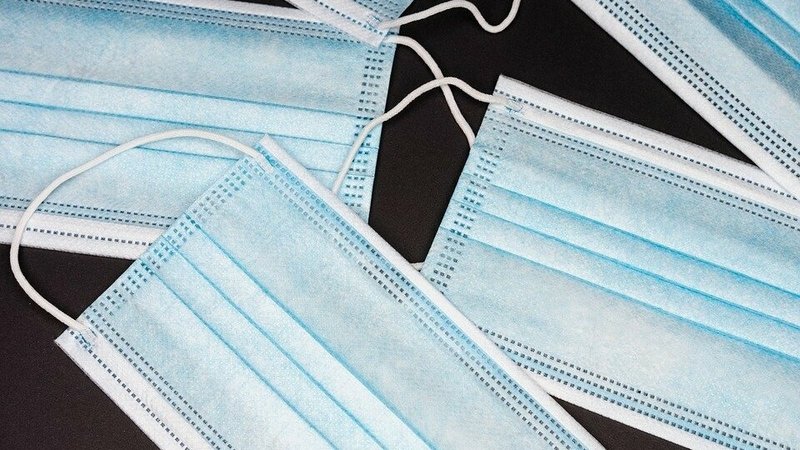 Sweden has taken a rather different approach when it comes to handling and containing the coronavirus outbreak. Visiting there this summer was an odd experience.

Before the comments start rolling in, I know that travelling right now is a bit of a faux pas - so please be assured that I got a covid test before and after leaving, travelled by car, socially distanced where possible, wore a mask, washed and disinfected my hands, and threw the old stink eye in the direction of anyone who didn't adhere to the aforementioned precautions.

With that out of the way, I visited my family in Sweden last week and it was, to say the least, an odd experience.

It's funny, really, how quickly masks have become normalised here in Luxembourg, and I didn't really realise the extent of this before arriving to my native Sweden. Before entering the hotel at which we stayed we all put our masks on, only to be met by scores of people milling about the bar and lobby, all strutting around with their mouths and noses on full display. Like the sight of a woman's exposed midriff on a 1920s beach, it shocked me. Have they no shame?!

None of the staff wore masks, and we only saw one other hotel guest with one on (I think she was German), so it's safe to say we looked like a couple of aliens walking around the lobby, attracting confused glances from our fellow guests. So far as I could see, only two precautions had been taken at the hotel: they put out a couple of hand sanitiser dispensers, and there were Plexiglas windows mounted on the reception desk.

I asked my family about this as well, and my parents assured me that of course they had bought masks - but they never really needed them, because they avoid crowded places. Fair enough, I suppose, but what constitutes a crowded place seems rather different in Sweden. They go to the supermarket sans mask ("there are signs saying you have to stay 1.5m away though!"), ride public transport without masks ("the trains and buses aren't that busy"), and go to cafes and restaurants without masks. Unless you're packed like pickled herrings, it seems, masks are viewed as entirely superfluous.

The only place where a majority of people actually wore a mask was in a museum, where they had also set limits on how many people could enter at any given time. Most of the visitors were Polish and German, mind you.

Bring on the breakfast buffet

By far the most disconcerting aspect of our holiday was the breakfast buffet — a source of questionable hygiene outcomes at the best of times. Sure, there were signs saying you have to keep a distance of 1.5m from other hungry hotel guests.. but there was also a whole handball team staying at our hotel, and lots of people enjoying a "hemester" (staycation). At several points the main buffet table was packed with people standing shoulder to shoulder, leaning over the uncovered food with their maskless faces expelling unknown horrors onto the food below.

Let me tell you, there's no quicker way to lose your appetite during a pandemic than to see a woman cut a bread roll on her plate, remove the roll, pick up said (previously used) plate and, using her hand, wipe the breadcrumbs back into the communal breadbasket. I stuck to the baked beans and boiled eggs.

It did feel relaxing

While I think Luxembourg has done a comparatively good job when it comes to handling the pandemic and rolling out appropriate sanitary measures, I have to admit that it was rather relaxing going to a country where the virus seemed less prevalent. Not at first, of course - it rather worried me, initially, how lax people were about the fact that a virus had spread across the world, killing nearly a million people in just a few months.

After a few days, though, the relaxed Swedish approach to handling the virus let me escape, at least a bit, from thinking about the virus non-stop. Working in news media means that I have no choice but to think about the virus for at least 40 hours per week, and often far more. Leaving the house is a constant reminder of its continued presence and lingering danger, as is not leaving the house because, you know, there's a virus out there.

Actually going to Sweden also helped me understand why reporting on the virus is so different in Sweden to what I've seen not only on our own pages, but in Luxembourgish and European media more broadly. The approach taken by the Swedish government simply hasn't instilled the same level of worry in its population. This is further perpetuated by the deeply ingrained Swedish sense of exceptionalism — often packaged as 'social cohesion and sense of responsibility', meaning in this case that minimal measures are fine because they're "better than others at actually sticking to them" — which I think often gives my countrymen a feeling of immunity.

On the whole, the people I spoke to seemed largely to agree that there were things Sweden should have done differently - not least when it came to measures put in place at care facilities early on in the outbreak - but at the end of the day, they also thought countries like Luxembourg had gone too far with lockdowns, masks, etc. While we extended a foot or elbow to greet people, hugs were still the preferred familiar greeting with everyone else, and the worry our little Luxembourg contingent had about the virus seemed a bit exaggerated to the locals.

We don't know which approach was 'better' yet, and won't until the pandemic is over and we're on the road to economic recovery. While it was nice to get a taste of relative normality again, I am, on the whole, glad that Luxembourg took a the approach it did. I'll continue to steer clear of handshakes, three kisses, and hugs, and the mask won't be leaving my pocket any time soon. Now, if you'll excuse me, it's been forty minutes since I washed my hands.