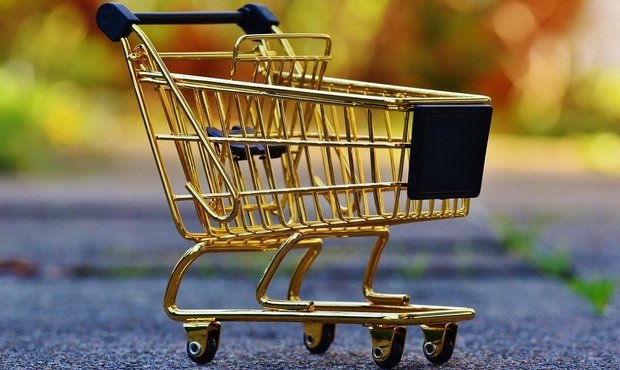 Humans are by our very nature creatures of habit. While children will put just about anything into the facial orifice known as the human mouth.

I once failed to stop my 2 year old nephew from tasting a toilet brush—as adults we tend to be more set in our ways. We like what we know, and can't really be bothered trying too many new things.

Before you protest, I'm not accusing you of being culinarily lacking in adventurous. I am sure you enjoy chicken tikka masala, sushi, and kimchi every bit as much as you do [insert food from your own country here]—but when it comes right down to it, we tend to cook and eat what we know. You could argue that that's because it's easier, but difficulty certainly never stopped anyone truly adventurous. So when it comes right down to it, I guess I actually am saying that you are a bit culinarily unadventurous after all. Sorry about that.

One place where this timidity manifests itself is in expat groups on Facebook, where I have noted a common trend in people asking where they can buy [insert food or ingredient from somewhere that is not Luxembourg]. After “can anyone recommend a good cleaning lady” and “which shops are open on a Sunday,” I would say this is just about the most common question asked in such groups. Interestingly, the answer is pretty much always the same: they have it in Auchan.

I’ve never actually been to Auchan myself—it's out of my way, and I'm far too unadventurous to bother going—but they seem to carry pretty much any food imaginable. In my mind Auchan has taken the form of an almost magical and unfathomably large retail outlet within which all of the world's edible wonders can be found. Like some form of real-life but far less convenient Amazon, they seem to sell just about anything your expat heart might desire. I also have the idea that it's exceptionally clean, a thought which is harder to explain given that I haven't been there nor really heard it described as such, but I'm pretty certain it's spotless. Perhaps it's because Auchan sounds a bit like ocean (at least the way I pronounce it), which I naturally associate with ocean fresh toilet cleaner.

The problem is that while the promise of a sparkling clean shop (probably) that sells everything you may want (almost certainly) sounds fantastic, you shouldn't actually go. Faced with competition from giant international corporations like Auchan, smaller shops in Luxembourg struggle for survival and their death would mean the loss of a small part of an already under-siege culture and retail market.

As expats we have to become accustomed to a whole new set of routines, which is easier said than done. Even something as simple as going out for your weekly shop inevitably involves far more research, decisions, and time than it would in a place where you have lived for a longer period of time. For that reason it's tempting to go for the easiest option, which tends to be a big chain store where you know more or less exactly what you will find.

For most countries that's not really an issue as the economic impact of expats is quite small as compared to the population as a whole, but that's not true in Luxembourg given that we make up nearly half of the population. Where you shop makes a difference, and opting for big brands for the sake of simplicity leads us down a road where all is left is Auchan, McDonalds, and Starbucks. I think we can all agree that would render life as exciting as a bag of bellybutton fluff.

“But the reason I am going is that they have [insert food or ingredient from somewhere that is not Luxembourg]!”—yes, fair point. I will allow the odd visit for that specific reason, but remember that what you miss isn't just the food—it's also your home, and I'd bet a tenner (freelance journalism doesn't pay as well as banking) that (a) your mum makes whatever you crave better than you do and (b) she would love a visit. Take a few days off, phone your mum, and ask her to prepare some lovely [insert food or ingredient from somewhere that is not Luxembourg]. Or just eat kniddelen, whichever you prefer.