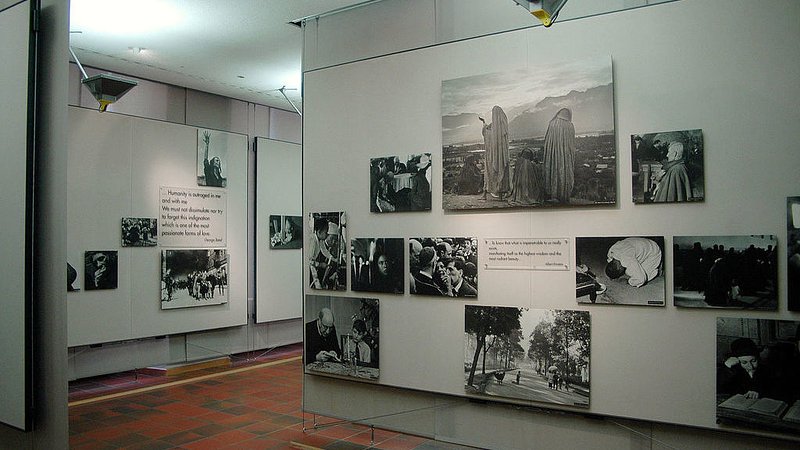 Everything you need to know about Luxembourg's most famous photographer/curator and his renowned Luxembourg-based exhibition.

Who is Edward Steichen?
Edward (born Éduard) Steichen was a Luxembourgish-American photographer, museum and gallery curator, and painter. He was born in Bivange, Luxembourg, in 1879 and his family emigrated to America the following year.

Why should I know about him?
Well, he's a rather famous historical figure with roots in Luxembourg. Photos by Steichen published in the magazine Art et Décoration in 1911 are heralded as the first modern fashion photos ever to be published, and in his career he worked for esteemed magazine such as Vanity Fair and Vogue. This also led him to being one of — if not the — highest paid and most widely known photographers in the world.

Did he do anything beyond photography?
He sure did. We'll get to his work as a curator shortly, but before that we really ought to mention that he won an Oscar as well. This was in the documentary category, for a film produced by the U.S. Navy. The film is called The Fighting Lady, and was released in 1944, winning an Oscar the following year.

Impressive! So that's what he's most known for?
Well, that depends on who you ask - but I'd say no, probably not. At least not around these parts, as we're lucky enough to live near where his Family of Man exhibition is permanently displayed.

The Family of Man was several years in the making - starting in 1951, Steichen and his team finished their collection of photographs for the exhibition in 1955. They were sourced via ads, photographic archives, and agencies. First displayed at New York City's MoMA (Museum of Modern Art) where Steichen served as as director of the photography department, the collection brought in record numbers of visitors and went on to tour the world.

Steichen referred to it as the culmination of his career. He aimed for it to be read as a photo essay about human development, while affirming a common humanity, identity, and destiny in the face of the Cold War.  It features over 500 photographs by 273 photographers, including 40 women.

"...show Man to Man across the world. Here we hope to reveal by visual images Man's dreams and aspirations, his strength, his despair under evil. If photography can bring these things to life, this exhibition will be created in a spirit of passionate and devoted faith in Man. Nothing short of that will do."

Sounds interesting, so where can I see this exhibition?
Right here in Luxembourg! It is, in fact, one of Luxembourg's Unesco World Heritage sites in the 'Memory of the World' registry.

You can see it at Clervaux Castle, and you'll find more visitor information here. Standard entry is €6.