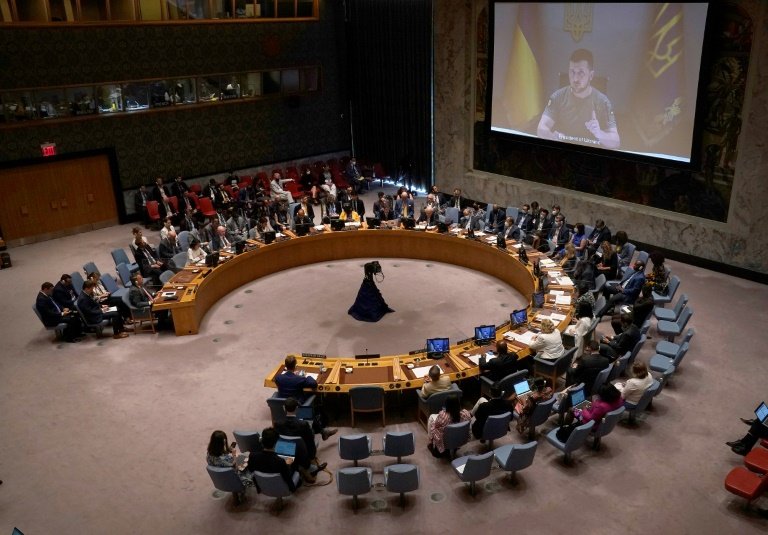 Zelensky will address the emergency debate -- requested by Kyiv and due to start at 4:00 pm (2100 GMT) in New York -- via video-link, two diplomats told AFP.

The Ukrainian leader said in a tweet that he had instructed his country's ambassador to the world body, Sergiy Kyslytsya, to ask for the meeting.

"Murder of civilians, ruining of civilian infrastructure are acts of terror. Ukraine keeps demanding a resolute response of international community to these crimes," Zelensky said.

In a letter to the Council's president requesting the meeting, seen by AFP, Kyslytsya wrote that Russia "has committed another act of terror against the civilian population of Ukraine" with Wednesday's strikes.

The Ukrainian military said Russian forces had fired around 70 cruise missiles at targets across the country Wednesday and also deployed attack drones.

Neighboring Moldova even said it was suffering widespread blackouts caused by the fresh barrage and its EU-friendly president, Maia Sandu, accused Russia of leaving her country "in the dark".