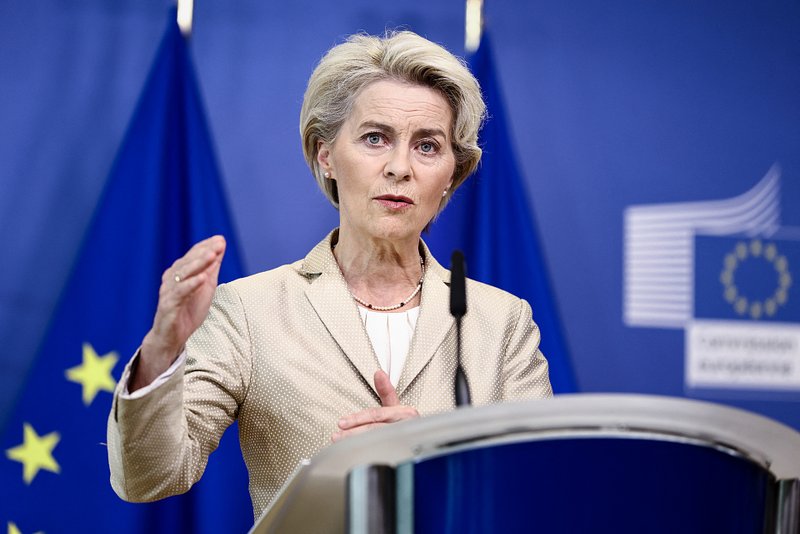 The EU's executive on Wednesday proposed a new round of sanctions on Moscow over its latest "escalation" in Ukraine, including an oil price cap and ban on Russian exports worth seven billion euros ($7 billion).

As part of the new round of sanctions -- which has to be signed off by the bloc's 27 nations -- the commission is laying out a "legal basis" for a price cap on Russian oil, in line with an agreement by the G7.

It will also look to ban Russian exports worth $7 billion and tighten restrictions on goods flowing from the EU that could help Russia's war machine.

The proposal includes a prohibition on Europeans sitting on the board of Russian state-owned companies.

The bloc has already imposed seven waves of unprecedented sanctions on Moscow since it invaded its pro-Western neighbour at the end of February.

The EU has already agreed a ban in May on most oil flowing from Russia to the bloc, to take full effect in December.

The push for an oil price cap is aimed at limiting how much third countries, such as China and India, pay for Russian crude.

To get there, it would include restrictions on European firms shipping and ensuring Russian oil cargoes heading to the rest of the globe.

The Baltic states, Ireland and Poland had pushed for stronger measures to be taken in this latest round, among them restricting cooperation with Russia's commercial nuclear sector.

That measure, though, was rebuffed by member states worried about further hitting energy supplies as Europe faces a crunch in the face of Russian cuts this winter.

Russia has escalated the invasion of Ukraine to a new level.

And we are determined to make the Kremlin pay the price for this further escalation.

Today, we are proposing a new package of biting sanctions against Russia ↓
https://t.co/MrirRm1m4l