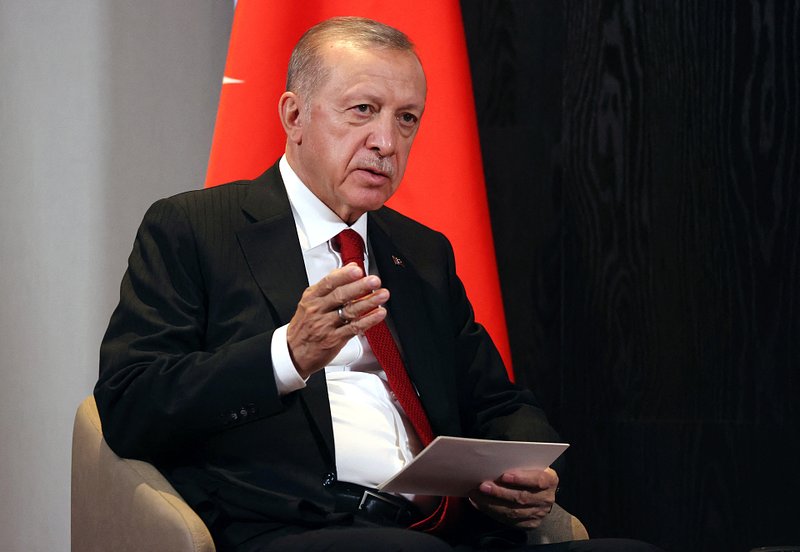 Russia and Ukraine have agreed to swap 200 prisoners according to Turkish President Recep Tayyip Erdogan who has called on Putin to Return Crimea to Ukraine.

Erdogan, speaking to PBS News Hour shared news of one of the largest prisoner exchanges of the seven-month war. Russia and Ukraine have agreed to swap 200 prisoners.

He also called on Russia to return the Crimean Peninsula to Ukraine.

World leaders have begun assembling in New York ahead of the UN General Assembly. Turkey's Recep Tayyip Erdoğan sat down with Judy Woodruff for an exclusive interview where they talked about Ukraine, Russia, and NATO.

Crimea should be returned to its “rightful owners,” said Erdoğan, but continued to call Putin his ‘dear friend’.

When pressed on Russian’s advance and the reported horrific killings of civilians and soldiers, torture and mass-grave reports, he refused to ‘take sides’ saying “We cannot hold sides. We cannot take sides. And it wouldn't be right for us to do that.”

Since the war began in February, Turkey has hosted talks with officials from Russia and Ukraine and mediated a successful grain deal along with the U.N. to ensure exports out of blockaded ports in Ukraine.

Whilst Erdogan has placed himself as a mediator, Western diplomats suspect him of playing a double game. Turkey, a NATO member, has tried to stay neutral in the conflict by supplying combat drones to Kyiv and simultaneously shying away from Western-led sanctions against Moscow.

Erdogan was speaking to PBS after talks last week with Russian President Vladimir Putin on the sidelines of a regional summit in Uzbekistan.

Erdogan did not provide full details about the swap, calling the people being exchanged "hostages" and not saying how many there were from each side.

"Two hundred hostages will be exchanged upon agreement between the parties. I think a significant step will be taken forward," Erdogan told Judy Woodruff on Monday.

Erdogan said he had the "impression" that Putin was willing to end the war.