Emmanuel Macron's announcements have prompted hundreds of thousands of French people to get vaccinated. How are cities coping with this flux in the middle of summer, when many volunteers and caregivers are exhausted and municipal teams must resume their activities at the beginning of the school year?

The vaccination centre in Thionville is always full - without being crowded. For a first dose or a second, volunteers for the vaccination obliged by the measures to come, all meet at the reception desk in a calm atmosphere, guided by seasoned volunteers.

Behind the scenes, those in charge are faced with opposing forces. They have to welcome the many people who want to be vaccinated after the announcements of the implementation of the health pass in France. Following President Macron's speech, 250 slots filled up in half an hour on 16 July.

But they also have to ensure that the volunteers who have been working for six months get the rest they need, and that the municipal staff return to their regular duties.

Rest for the volunteers

Vaccination is not a problem according to the mayor of Thionville, Pierre Cuny, who heads the scheme. He insists there will be no changes, stating that they have been the largest vaccination centre in the Moselle region since 26 February. As of 17 July, the four lines of the centre had allowed 72,564 doses of vaccine to be injected in the Municipal Theatre. Between 800 and 900 doses are distributed daily. 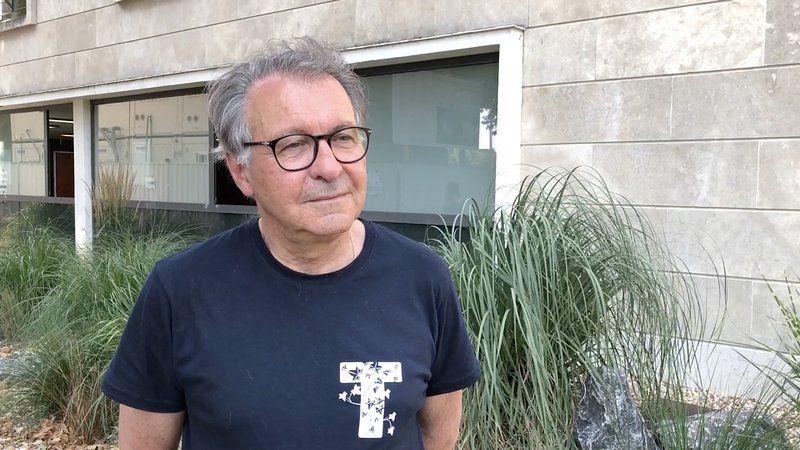 The goal is to reach 81,000 doses by 14 August. To achieve this, the municipal teams have changed their strategy. As of this week, they have reduced the number of lines to two. They have left the Municipal Theatre, which is due to resume its cultural activities within a month, explains Pierre Cuny. The new centre, which is not far from the old one, has about 400 doses per day. These upheavals are linked to two wishes of the town hall.

Their volunteers, who have now been there for more than six months, need to rest because they are tired, he added. The elected representative of Thionville also announced that vaccinations would be interrupted from 14 August to 4 September so that everyone could take advantage of the holidays. In all, the municipal vaccination centre will have mobilised some 150 volunteers, a hundred or so doctors, a hundred or so nurses and about 70 municipal employees.

Preparing for resumption of municipal activities

The second reason for the reduction in capacity is related to the tasks assigned to a municipality. From September onwards, all activities resume. And, at a given moment, either the mayor shuts public services and focuses on vaccination, or those who are assigned to do vaccination do so and the town hall will continue its public service.

For him, if the local authorities have replaced the health care system for a time, it is now up to the entire French health care system to take over from the local authorities. The mayor welcomes the vaccination work already in place in hospitals, but he looks further ahead. The Regional Health Agency needs to think about this, so that the vaccine is available in pharmacies and in private practices. Everyone has to do their bit, he urges.

The prospect of seeing certain vaccination centres close down little by little in France, as is already the case in Luxembourg. In Thionville, all the slots are full until the August break, but the desire not to lose any doses means that people can come to the centre to potentially benefit from them.