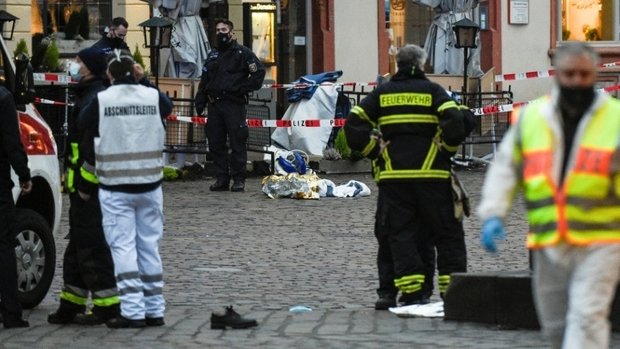 On 1 December 2020, an SUV tore across the pedestrian zone in Trier, running over and killing several people in the process.

After an investigation by criminal investigators from Trier in cooperation with a special commission, it is assumed that the man left for his killing spree at 1.45 pm on 1 December 2020 and then used his car to drive through the pedestrian zone at high speed. He stopped his vehicle after about 100 metres, exited the car, and smoked a cigarette. Shortly after, he was arrested by police. According to the statement, it is unquestionably the case that it was the man's intention to kill as many people as possible and that he deliberately tried to hit people with his car. The court now has to answer the question whether the defendant is criminally liable, or whether there are grounds to determine limited criminal liability. However, the public prosecutor's office states that it will not be possible to completely lift criminal liability.

The defendant, who has no criminal record, has been held in pretrial detention since his arrest.

The defendant was intoxicated at the time and was found to have an alcohol level of over one per mille when he was arrested. To this day, he still has not given a coherent explanation as to why he did it. However, the public prosecutor's office assumes that "personal motives" were behind the act. At the time of the rampage, the man was single, unemployed, had no place to live, and seemingly frustrated by his life situation. In addition, a psychiatric evaluation has determined a psychosis, according to the statement.

A 52-year-old teacher was hit head-on by the man's car. She was on a bicycle and died while in hospital.

The fifth fatally wounded victim was a 25-year-old student. The young woman was also hit head-on by the man and was hurled so far through the air that she died on the spot.

Those who survived were left with injuries of varying severity. Some victims's injuries were so serious that they receive clinical treatment to this day.

A 14-year-old girl is still being treated in hospital – five months after the incident. A 63-year-old man has been in a sort of coma since December and many victims are still psychologically traumatised. Among those injured was also a Luxembourger, who was left with slight injuries.