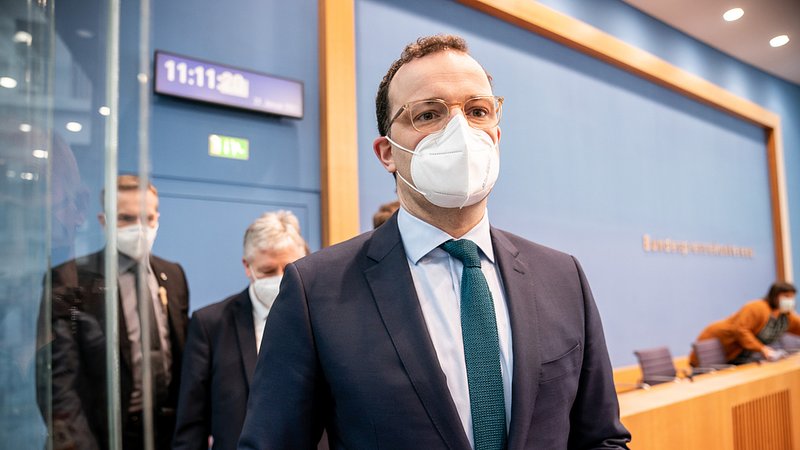 The so-called monoclonal antibody cocktails will be deployed to university hospitals in the coming week, he said, adding that Germany was "the first country in the EU" to use them in the fight against the pandemic.

Spahn did not name the manufacturer that will be supplying the drugs but confirmed it was the same medicine given to then-US president Trump when he fell ill with Covid last October.

"They work like a passive vaccination. Administering these antibodies in the early stages can help high-risk patients avoid a more serious progression," Spahn said.

Trump, who was briefly hospitalised with the coronavirus, was given the antibody therapy developed by US firm Regeneron, known as REGN-COV2, even before the treatment had won regulatory approval.

He later said the medicine did "a fantastic job".

US company Eli Lilly has developed a similar therapy.

The novel treatment is a combination or "cocktail" of two lab-made antibodies: infection-fighting proteins that were developed to bind to the part of the new coronavirus that it uses to invade human cells.

The antibodies attach themselves to different parts of the virus's spike protein, distorting its structure -- similar in a way to knocking a key out of shape so it no longer fits its lock.

Germany's order comes at a time of growing frustration in the EU over a slower-than-expected rollout of vaccines.

Vaccine makers Pfizer/BioNTech and AstraZeneca have both said they would be delivering fewer doses to Europe than anticipated in the short term because of production problems.