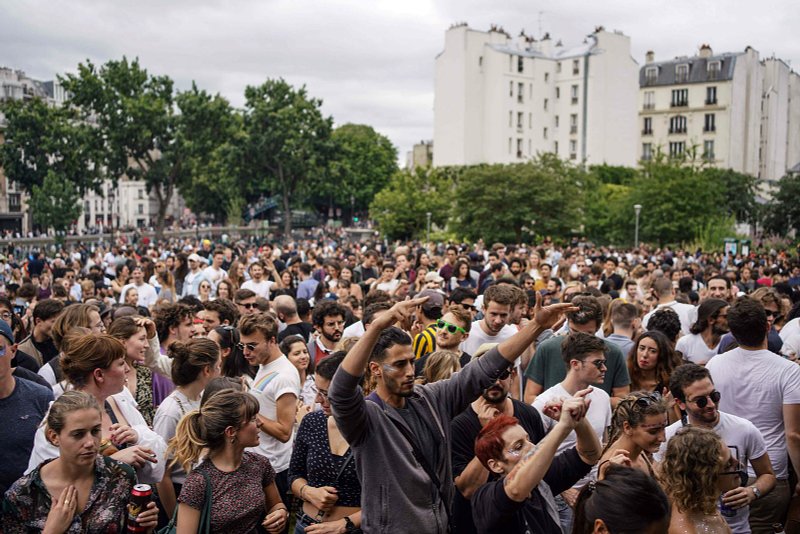 Young people have recently been at the centre of the debate concerning the spread of the virus, in France and other countries.

'Even if their risk of developing serious cases of the virus is low, young people can contribute to its spread if they do not respect social distancing measures, and can contaminate their parents, grandparents and other vulnerable people, for whom the consequences can be dangerous,' warns the French General Directorate of Health.

The warning comes as rates of infection soar among younger demographic groups who may be celebrating during the summer.

The week of 20-26 July saw coronavirus cases in France rise sharply by around 54%. Although an increase was 'observed in every age group', the rise 'is particularly concentrated among young adults between 20 and 30,' stressed public health officials in France.

'The young are less careful'

The Minister of Health, Olivier Véran, recently stated that there was 'no doubt that vulnerable and elderly people have conserved a higher level of prudence than younger people.'

The latest example: a cluster of at least 25 cases identified in Saint-Malo in the north of the country, after a party attended by around 60 youngsters.

It's not just in France, either. WHO chief Adhanom Ghebreyesus recently said that resurgences in cases in some countries are in part due to young people lowering their guard against the virus.

What can be done about this? Virologist Eric Caumes said on Sunday in Le Parisien that 'it may not be politically correct, but I am coming to think that it may be best to let young people infect each other, on the condition that they do not see their parents or grand-parents.

'Young people have not asked us for advice, they are getting together and partying in their thousands. If we're not doing anything to stop this, we have to accept it,' he explained to RTL. 'If we have to start with the process of herd immunity, it's best to begin with the part of the population least at risk.'

'It's not reasonable,' responded epidemiologist Catherine Hill to AFP, considering it impossible to draw up barriers between age groups. 'A 30-year-old might work in a care home, but it won't stop him from wanting to party!'

Trade union boss Dr Jerome Marty for his part believes that this 'takes the risk that a certain number of young people develop serious symptoms, with important consequences. And who is a young person anyway? At what age does that end? It would be a big mistake to make COVID-19 into an intergenerational war.'