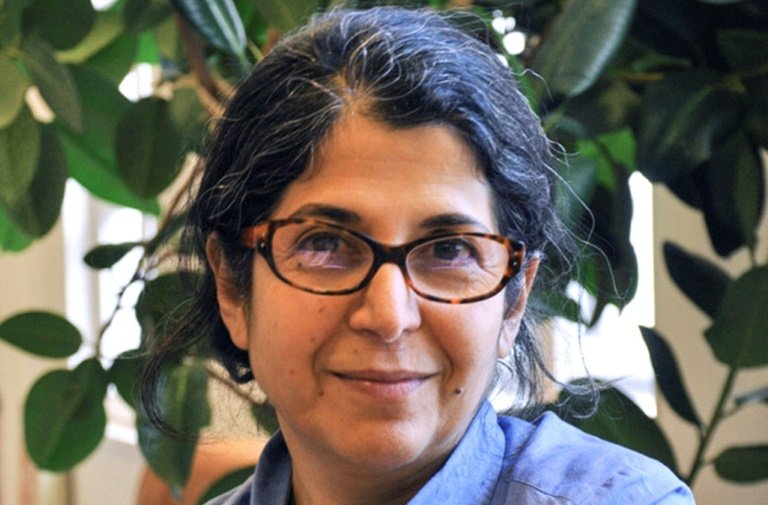 Fariba Adelkhah, an anthropologist specialising in Shia Islam, was arrested in Iran on June 5, 2019. / © Sciences Po/AFP/File

French-Iranian academic Fariba Adelkhah on Friday marked one year of incarceration in Iran, in a case that has intensified tensions between Paris and Tehran and angered supporters who fear she is the victim of a political battle of wills.

Adelkhah, a prominent anthropologist specialising in Shia Islam, was arrested on June 5, 2019, and has been held behind bars ever since.

Last month she was ordered to serve five years in prison after being convicted on national security charges, in a verdict slammed by Paris as "political".

She is one of several foreigners and dual nationals being held by Iran in what activists condemn as a policy of hostage-taking aimed at pressuring the West.

Born in Iran in 1959 but living in France since 1977, Adelkhah has maintained her innocence, and colleagues and other supporters have rubbished the charges against her. She went on a 49-day hunger strike to protest her conditions.

The anniversary of her detention is to be marked by a series of events around the world, many held virtually because of the coronavirus outbreak, with her portrait displayed by Paris Mayor Anne Hidalgo on the facade of the French capital's city hall.

"Fariba Adelkhah is a hostage of the Iranian government," Iranian Nobel Peace Prize laureate and rights lawyer Shirin Ebadi, who now lives in exile, said in a video message to mark the anniversary.

"The Tehran government uses dual nationals by taking them hostage and using them to achieve its own political agenda," she said.

"My message to the Iranian authorities: justice demands that our compatriot be released immediately," he posted on Twitter.

Adelkhah was arrested with her partner Roland Marchal, a fellow academic at the Sciences Po university in Paris specialising in Africa.

Marchal was freed and returned to France in March after France released Iranian engineer Jallal Rohollahnejad, who risked extradition to the United States on accusations of violating sanctions.

Michael White, an American held in Iran for nearly two years, returned home this week after Iranian scientist Cyrus Asgari, who had been held in the United States, was allowed to go home.

Another Iranian scientist detained in the US, Majid Taheri, was also released at the same time, Tehran said.

In December, Iran also freed US academic Xiyue Wang in exchange for scientist Massoud Soleimani, and said it was open to further swaps.

Such deals have made Adelkhah's supporters fear that Iran will be looking for something in return for her liberation.

Her support group of fellow academics believe that she was arrested because of an "internal settling of scores" or to "obtain the release of Iranians detained in Europe or in the United States."

Tehran, meanwhile, has also accused the United States of holding its nationals for political reasons.

Further complicating the situation is that such arrests of foreigners and dual nationals is carried out by the powerful Revolutionary Guards rather than the Iranian government.

"It goes beyond the governments, since on the Iranian side it is not the Iranian government who is primarily responsible for this affair. It is the Revolutionary Guards supported by the judicial authorities," Francois Nicoullaud, a former French ambassador to Tehran, told AFP.

Despite the releases, as well as concerns about the spread of COVID-19 in Iranian prisons, Adelkhah is not the only prominent foreigner or dual national still in prison in Iran.

Iranian-American businessman Siamak Namazi has been held for almost half a decade, while British-Iranian Nazanin Zaghari-Ratcliffe, who was arrested in April 2016, is still unable to leave the country despite being allowed out of jail on a furlough.

British-Australian Kylie Moore-Gilbert is serving a 10-year sentence on charges of espionage. Her family last month rejected reports that she had attempted suicide in jail, saying she was is in good health "considering her situation."

Hadi Ghaemi, executive director of the New York-based Center for Human Rights in Iran (CHRI), said the Iranian authorities responsible for keeping the prisoners behind bars see their detentions as "transactional," and want something in return for their release.

"This is a horrifying thought. It is very unfortunate that innocent lives like Fariba's are being put on the line for such transactions," he told AFP.