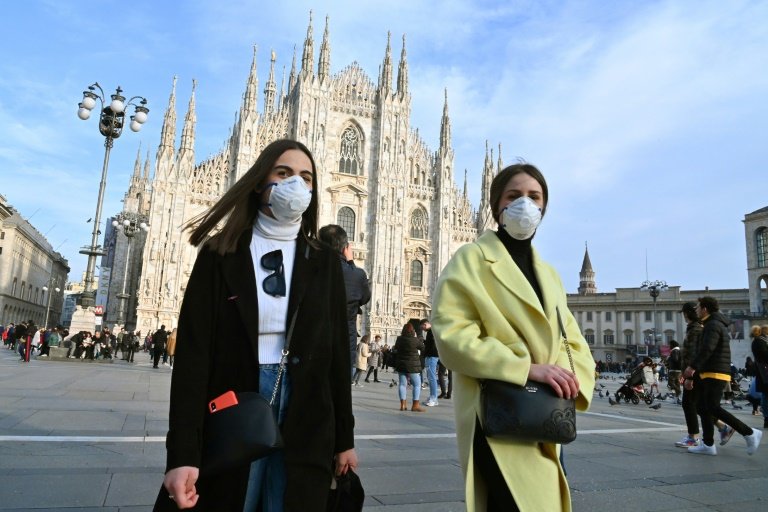 Italy reported its seventh death from the new coronavirus Monday, but officials called for calm and reported a lower rise in the number of infections after a spike over the weekend.

The number of cases now stood at 229, the head of Italy's civil protection department Angelo Borelli said at a press conference on Monday evening, the highest number in Europe.

However, this means that only ten new cases had been added since the previous total on Monday morning, a much slower rate than the previous few days.

"I think the numbers that we have registered in Italy and in the rest of the world have been confined to reasonable figures," Borelli said, adding that in his opinion the data did not point towards an impending pandemic.

Six of the dead have been in the northern Lombardy region, where villages have been put under lockdown and security measures enforced in a bid to stem the spread of the disease.

Prime Minister Giuseppe Conte has said that residents could face weeks in lockdown in an effort to sit out the virus. 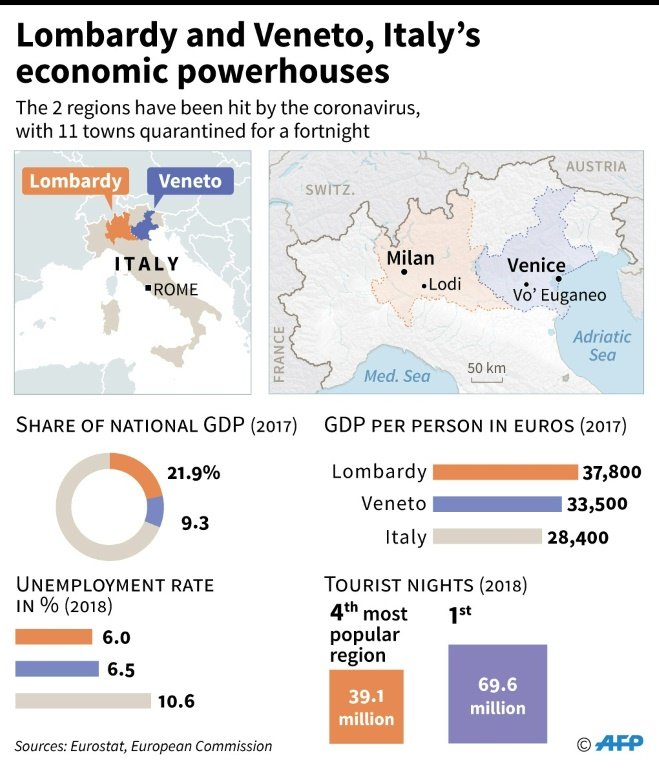 A look at the northern Italian regions of Lombardy and Veneto, hit by the coronavirus outbreak / © AFP

Eleven towns -- 10 in Lombardy and one in neighbouring Veneto -- are under lockdown, with some 50,000 residents prohibited from leaving.

Regional authorities have ordered gathering spots, such as schools, bars, restaurants, cinemas and discos to close.

The measures imposed in the country's north affect some 30 million inhabitants, the Repubblica daily said.

The spread of the virus has disrupted high-profile events including Milan Fashion Week and the Venice Carnival. On Monday evening, sports minister Vincenzo Spadafora announced that six Serie A football matches would be played behind closed doors.

And in Milan, operas have also had to be cancelled the city's famed La Scala.

Masses in churches across the affected regions have been cancelled and funerals limited to immediate relatives only.

The stock market in Milan was down over 5.0 percent on Monday in a broad-based sell-off over virus fears.

The Italian hotel association said it was "very worried" about the impact on bookings and that the country was in the "eye of the storm".

Even as far south as Rome some tourists have started to take precautions, despite the city having no recent cases. 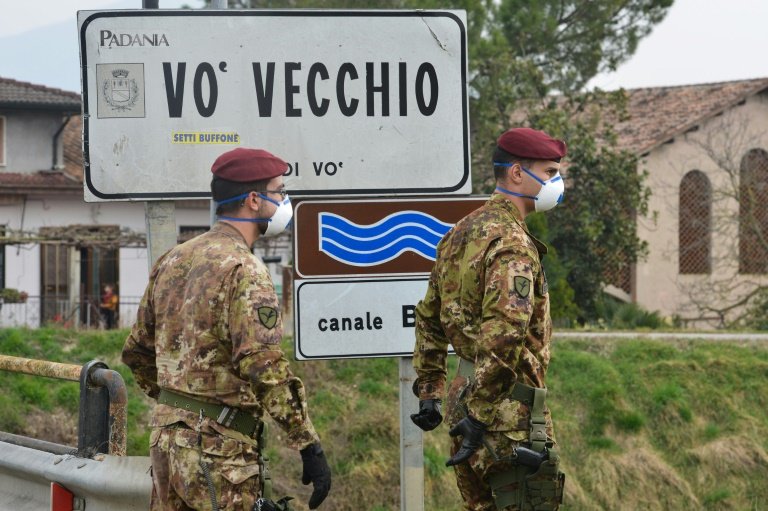 Eleven towns -- 10 in Lombardy and one in neighbouring Veneto -- are under lockdown, with some 50,000 residents prohibited from leaving / © AFP

"My mother is worried and is sending me messages constantly," 21-year-old Polish tourist Aleksandra Moscicka told AFP while sporting a face mask.

Most of the cases in Italy are in Lombardy, a prosperous region in the country's north where Milan is located, and which borders Switzerland.

They can be traced back to a 38-year-old man in the town of Codogno whom authorities have called "patient one".

But the man initially believed to have given him the virus after returning from Shanghai later tested negative and authorities say they still do not know who brought the virus to Codogno.

The virus may have spread to the Veneto region via a 60-year old farmer from Albettone. He had recently travelled to Codogno and is known to frequent bars in Vo' Euganeo -- where the region's only victim so far lived.

Borelli said that no new centres of infection had been identified aside from those already known about in Lombardy and Veneto, but admitted that no link between them had been established.

Milan mayor Beppe Sala urged people to stay calm and refrain from "dashing to the supermarkets to grab food.

"We should spend time looking after the most vulnerable, such as old people, who are particularly at risk," he said. 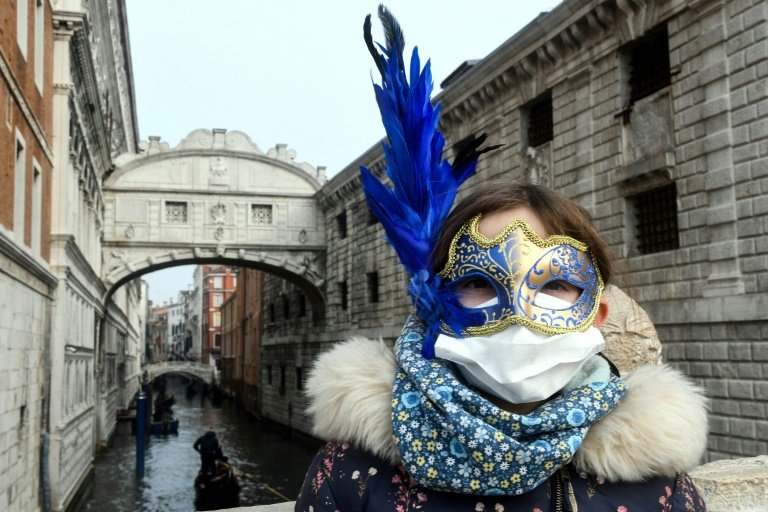 According to Italy's national statistics institute, there are over seven million people in the country over the age of 75.

On Tuesday, Italy will host a meeting in Rome of health ministers from neighbouring countries Austria, Croatia, France, Germany, Slovenia and Switzerland to discuss the outbreak.

Forty passengers from the affected northern regions on an Alitalia flight from Rome to Mauritius were returning to Italy on Monday after they were blocked from leaving the plane on arrival.

French officials kept the passengers of a coach from northern Italy on board for several hours while checking the driver, who was showing flu symptoms. He tested negative for the coronavirus.

Hungarian authorities issued a warning to citizens travelling to northern Italy, asking them to postpone their trip if possible. Incoming passengers will be screened at Budapest and Debrecen airports for fever symptoms.

Bulgaria Air said Monday it was cancelling flights between Sofia and Milan until March 27, while Croatia suspended all school trips to Italy for a month.

The rise in coronavirus cases in Iran, Italy and South Korea in recent days is "deeply concerning", the head of the World Health Organization said on Monday.