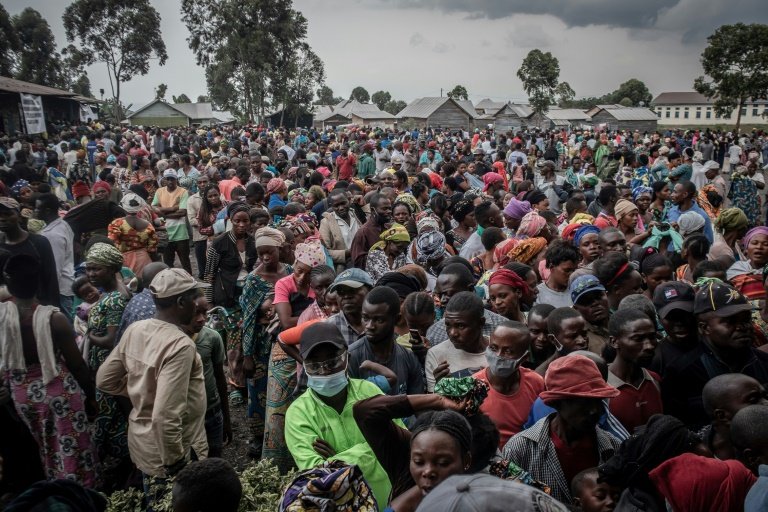 At least 5,000 people are feared to have been displaced by the volcano's eruption / © AFP

Aftershocks from the Mount Nyiragongo volcano in eastern DR Congo rattled the nearby city of Goma on Wednesday, four days after its eruption, badly damaging several buildings and prompting hundreds of residents to flee and the UN to relocate some of its staff.

The tremors were felt throughout the night. Two powerful shocks from Africa's most active volcano caused terrified people to run out of their homes.

The seismic monitoring agency RSM in neighbouring Rwanda, whose border runs close to Goma, said it had detected a 5.1-magnitude quake at 5:46 am (0346 GMT), followed by a 4.1-magnitude tremor at 6:12 am.

The Goma Volcano Observatory (OVG) said that it registered more than 269 tremors between Saturday and Tuesday, with one measuring 5.2 magnitude on the Richter scale.

Authorities shut down the market, shops and several building sites as a precaution.

Hundreds of residents began leaving the city again in the afternoon, heading south-west to the Masisi region or to across the border to Rwanda. And some headed to Goma's port to take a boat to safety.

The UN said it was "relocating" non-essential staff, both national and international, out of Goma city. And many of the other international organisations and NGOs that have offices there were doing likewise.

The United Nations says 32 people have died and at least 5,000 are feared to be homeless after the volcano erupted on Saturday.

The UN humanitarian affairs office OCHA said 24 of the victims were burned alive by lava, adding that 40 adults have been reported missing. 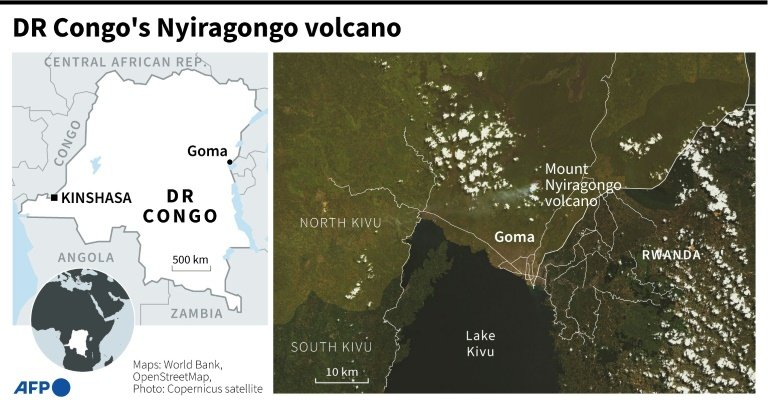 By the time the eruption ended on Sunday the volcano had spewed out two rivers of molten rock, one of which came to halt on the edge of Goma after obliterating villages in its wake.

The lakeshore city of 1.5 million people lies around a dozen kilometres (eight miles) from the volcano.

A two-storey building on a road to the southwest of the city partially collapsed overnight, but without apparently causing any casualties.

Two other buildings were badly damaged, while another building in the city's Katindo district had completely collapsed.

Property damage was also reported in Gisenyi, a Rwandan town on the other side of the border, according to social media.

On Tuesday, at least four buildings partially collapsed in Goma, including a three-storey structure in which eight people were seriously injured, emergency workers said.

Long cracks, several dozen centimetres (around two feet) wide in places, have also opened up in the ground since the eruption -- some of them gushing water, further stoking residents' anxiety. 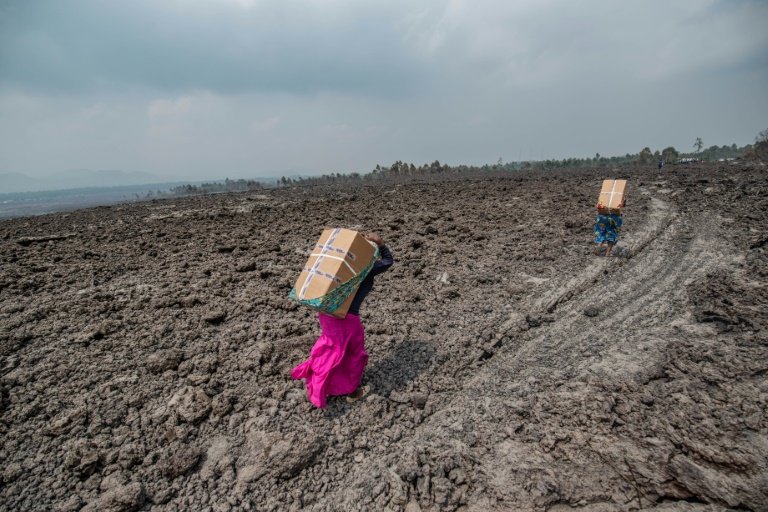 The volcano spewed rivers of red-hot lava which have now cooled, but residents remain anxious that the volcano could erupt again / © AFP

Some of the fissures opened up in roads, hindering traffic.

Fearful of their homes collapsing, many people slept outside on mattresses, the luckier ones under mosquito nets.

Local volcanologists have recorded hundreds of aftershocks since Nyiragongo roared back into life, including 119 on Monday alone, but say there is hope that the much-feared volcano will calm down.

But residents remain jittery. Hundreds are sheltering in a Rwandan refugee camp, and many are continuing to flee there, according to the Rwandan emergency situations ministry. 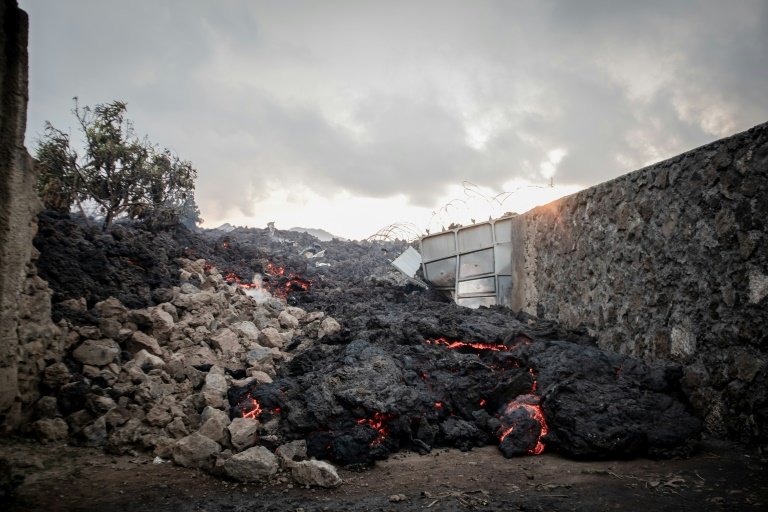 Boats are ferrying hundreds of people from Goma to Bukavu, around 70 kilometres (45 miles) down the shore of Lake Kivu.

"I am very afraid," said Goma resident Angelique Tumusifu. "There are rumours of another eruption after all the tremors that have become so dangerous."

The UN Children's Fund (UNICEF) said on Tuesday that at least 150 children had become separated from their parents after the eruption, and that another 170 were missing.