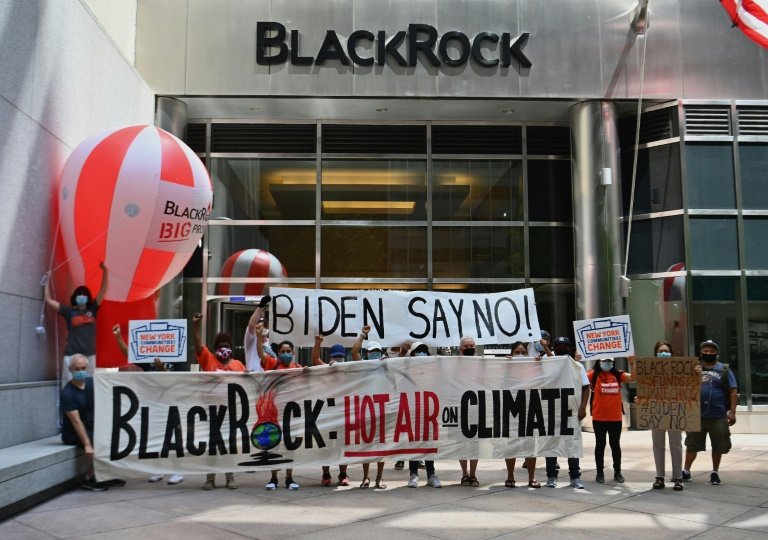 The world's top 30 fund managers, collectively holding $50 trillion in assets, get mixed marks on steering the global economy into alignment with Paris climate targets, according to a report released Thursday.

The annual assessment from London-based think tank InfluenceMap graded investment giants across three criteria: support for climate-related shareholder resolutions, the greenness of portfolios, and engagement with the companies in those portfolios.

"Given the huge influence these asset managers have over the global economy, it is vital they take action to ensure the world can meet the climate goals of the Paris Agreement," said InfluenceMap executive director Dylan Tanner.

The 2015 climate treaty enjoins nations to cap global warming at "well below" two degrees Celsius compared to pre-industrial levels, and 1.5C if possible. On current trends, the planet will heat up at least 3C.

With 1.1C of warming so far, the world has seen a crescendo of deadly extreme weather, including superstorms made more destructive by rising seas.

When it comes to public encouragement for companies to green their business models and lobbying practices, European asset managers continued to outperform their US counterparts, the report showed.

Among the top 10 firms, each with at least $1.5 trillion under management, Legal & General IM, AllianzGI/PIMCO and Amundi all got top marks.

Fidelity Investments, Capital Group and Goldman Sachs AM -- all US-based -- were at the bottom of the class.

BlackRock, the world's biggest asset manager with more than $7 trillion under management, improved it's grade in 2020 after announcing steps to divest from coal.

But the US-based giant got a failing mark when it came to supporting shareholder resolutions calling for more proactive climate policies.

Such shareholder initiatives have become an increasingly powerful driver of change in companies, as well as a signal to the broader market.

"More and more, we are seeing investors wanting to know that corporate lobbying and business models are aligned with Paris targets," said Tanner.

Vanguard, Capital Group and Fidelity Investments all scored even more poorly than BlackRock in this area.

At the same time, 2020 saw BlackRock and two other top 10 fund managers join the Climate Action 100+ investor initiative, a "promising development" that could speed up corporate transition toward carbon neutrality, according to InfluenceMap.

Finally, a portfolio analysis of the world's largest funds -- looking at 3,000 companies with more than $20 trillion in market capitalisation -- showed that they deviated strongly from the Paris temperature target, especially in certain sectors.

"The world’s automakers are not transitioning to electric vehicles at a fast enough pace, the coal production sector is winding down too slowly, and the power sector is not phasing out fossil fuel generation nor introducing renewables quickly enough," Tanner told AFP.

Sectors and companies that fail to accelerate the transition to low carbon economies face a massive risk of stranded assets, he added.