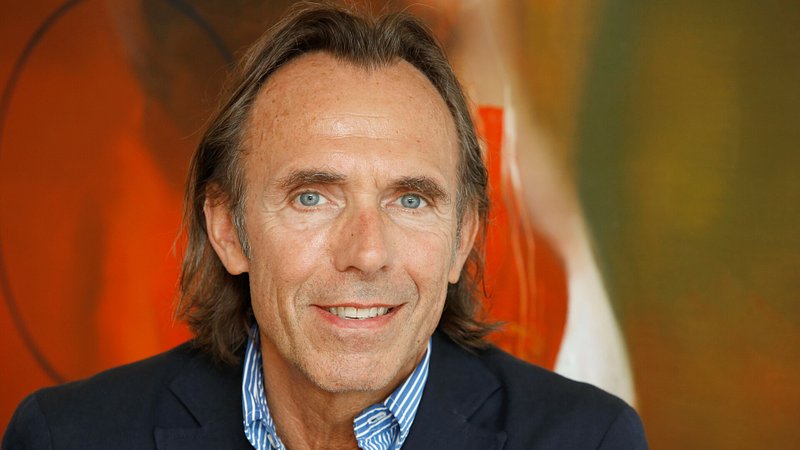 Thomas Druyen, Professor of Future Psychology, on the coronavirus' effects on society now and in the future - and what we are doing right in Luxembourg.

Mr Druyen’s research focuses on the psychological and neuronal conditions and associated phenomena in shaping the future, digitalisation and demographic change.

What changes have you noticed in people during the coronavirus outbreak? What do you believe people find easy and what do they find challenging?

For the first time in human history, there are global rules for people about when and how they can leave their homes. For some this is even leading to house arrest. These very central restrictions affect people worldwide in very different ways, depending on their culture, environment and their mentality.  In Asia, there are stronger forms of self-discipline, community pressure and disciplinary actions by the authorities. Western Europe is dominated by individualism, and therefore the fear of losing prosperity and economic strength leads to civil compliance.

The overarching objective for all is to get through this pandemic as unharmed as possible and this is a unique and universal challenge. It is why the behaviour of most people is focused on this task now. This has never before been the case.

If in the future we were to succeed to transfer this concerted result orientation of our societies to topics like poverty or climate change, then all of us could benefit from this experience in an unprecedented way. Until now this has only worked if a bigger external threat enabled us to change our behaviour into a rational human behaviour overnight. The willingness to change is key. We have to learn to preemptively change where necessary. To achieve this, enormous mental, social, political, economic, and cultural efforts are necessary.

This new mind-set could be the pandemic’s global message for the future.

Previously, when talking about Germany the professor mentioned that people see their lives from their personal perspective only. When asked what this means for this crisis and potential other crises he replies:

In Germany, like in other countries, the crisis has a varied impact on different people. The effect depends on individual living conditions and of course it also depends on whether people are severely affected by the virus or if they hardly notice it. How it personally affects people reaches from death, job loss and bankruptcy to increased revenues for producers of essentials goods or medical supplies.

Germany – like Luxembourg – finds itself in a privileged situation because of a functional health system that can work very efficiently. Also, during the last years Germany could reduce its debts and there are existing margins from which the population can benefit now. Insofar, for three quarters of the population the personal fear is only an anticipation rather than a concrete reality.

“The pandemic is only a dress rehearsal” is what you said in another recent interview, what do you mean by that?

The pandemic functions as some sort of catalyst for structural problems, problems that existed already before but where the weaknesses are surfacing only now under pressure, and when many things suddenly come to a full stop. This includes inequality, the incomplete digitalisation, or the ecological dilemma. All of these issues are not resolved now but, instead, become even more challenging.  This is the reason why I am speaking of a dress rehearsal — or maybe you could call it an experiment to prevent even worse future outcomes. We now have to reinvent ourselves very quickly and we cannot just go back to our ailing normality.

In Luxembourg there was initially a steep rise of infections, but after the quickly-implemented measures of the government new infections are reducing and the curve is flattening. The population seems to take the situation very seriously. With more than 50 % foreigners the population is a very multi-cultural one and heterogeneous. Was this development to be expected?

From my perspective, yes.  Luxembourg is a global microcosmos, a model of the future, at least with regards to its inclusive culture. Of course, cultural differences exist there as well but they are dominated by the awareness that solidarity is an attitude that enables mutual acceptance. It may prove difficult to transfer this attitude to other societies that consist of 100 million or even a billion people, but it would be desirable.

Many people might have the impression that they don't really have any influence since it is a small minority that “dictates” how they have to live their lives. If that is a problem how do you think that people can cope with it?

Similar to how, in the end, we will depend on the very few people who develop a vaccine, we are now affected by centralised and necessary decisions. Governments, virologists and the WHO are in the lead at the moment and there is no alternative to this. The feeling of being without influence is wrong though. To the contrary: in order to protect ourselves and others, we all have to act very responsibly. This means that all of us exert a very essential influence.

Digitalisation is another focus of Mr Druyen's work and since many people retrieve their information through digital media and are teleworking, we ask: Will this development accelerate digitalisation and what are the associated opportunities and dangers?

Digital media, new apps to track our movements, artificial intelligence and teleworking equipment contribute to vital simulations and they are our blessing and rescue now. The fact that digitalisation can also lead to disenfranchisement, foreign domination, manipulation and hacking is clear and observable. As with many other questions in life, light and shadow lie close to each other.

In this respect Corona will add to the appreciation of the importance of digitalisation, but this trend is already underway and no one can stop this development – only nature or a comet.

This digitalisation is the new platform and architecture of our life and our future. This is now the leading global social and societal system and we will have to continually think about it. Against this background, Corona is only one episode.

How should the people change in order to better prepare themselves for potential future crises?

We should ultimately use this crisis to create a fair and human world order. Even the second world war hasn't succeeded in establishing humanity as a global ideology. Ahead of the change of a society there always has to come the change of the people themselves. We have to stand up for our goals in a more sustainable manner and we also have to redefine many outdated values and take care of their implementation.

Take the field of learning for example: All the knowledge of the world nowadays is available online, on the internet, with Google and in many virtual libraries. Nonetheless our educational systems still focus on acquiring knowledge and on testing this knowledge - but that is counterproductive. Since circumstances change in a rapid and unpredictable way, we have to learn how to react to surprises, how to adapt to new situations from one day to the other.

Crises are transformative processes. The competences to deal with them are neither defined nor can they be learned.  We have to think in terms of navigating the future, learn how to learn and how to forget.

About the three values of which he thinks that they will become more important in the future:

Thinking, learning and taking responsible decisions. These three dimensions will not only become more important but they are our lodestars.

The situation at borders has changed with several countries quickly closing them. For many people in the strongly linked greater region of Luxembourg this came as a shock. Borders whose existence had been forgotten all of a sudden became real borders again.

Do you think that this pre-existing trend towards a national state and away from European integration and multilateralism will be enforced by this crisis or – to the contrary - people will now, to a greater extent, realise the advantages of their previous freedom?

There is no world without borders. Even our body, our mind and our options for action are limited. Nevertheless, we can cross these borders and together we can move and change borders. Due to medical necessities, we currently need closures of borders and border controls. This is a necessary episode. This notwithstanding, the fight against the virus is actually a borderless one and the search for a vaccination is not a national affair.

Digitalisation is universal, which is why we have to live with this alleged contradiction of ‘national’ and ‘global’. This is our reality and this is our future. We just have to learn to think in both dimensions at the same time. They are not contradictions but two sides of the same coin. Of course, there are also other opinions on this but for me these go in the direction of the middle ages...

He is a sociologist, wealth psychologist, book author, consultant and founder of wealthibility research and future psychology.

He studied law, sociology, media science and philology as well as anthropology.