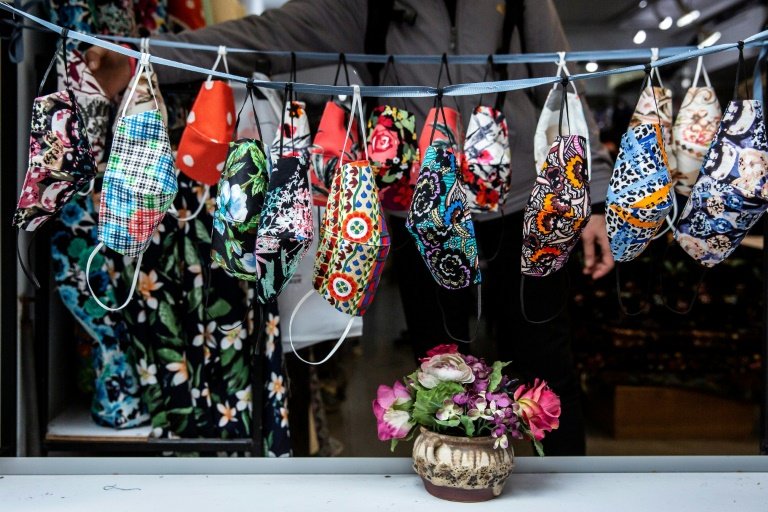 Colourful masks on sale at a shop in Hong Kong, where residents are having to be inventive because of a shortage of recommended supplies / © AFP

With chronic face mask shortages in the midst of a virus outbreak, Hong Kongers have started making their own -- with a pop-up production line and seamstresses churning them out on sewing machines.

In one of the most densely populated cities on earth, face masks have become hot property as people scramble for protection against the new deadly coronavirus.

Long queues -- sometimes thousands strong -- routinely crop up outside pharmacies when supplies are in, and there is anger at the government's failure to have stockpiled.

Some are turning to DIY solutions -- albeit of questionable quality.

Judy, a 73-year-old out shopping in the district of Wanchai, was spotted in a homemade mask.

"I found the material -- my handkerchief, and some non-woven fabric -- and I combined them and used some wire for the top, and some elastic," she told AFP, declining to give her surname. 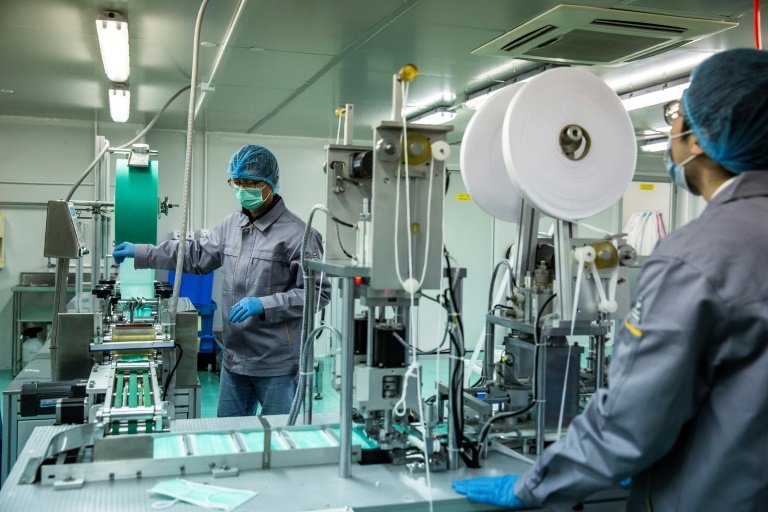 While Hong Kong's economy reels, business has been brisk on one street in the working-class Sham Shui Po district that boasts many fabric and tailoring shops.

A colourful array of cloth masks hangs outside many of the cramped storefronts as shoppers haggle over the din of whirring sewing machines.

Elase Wong, a tailor, said she was giving away her face mask sewing design.

"Some people couldn't buy any masks... So if they can make them themselves, that would be great," she told AFP.

"I hope everyone can achieve self-sufficiency."

The cost of masks has skyrocketed with scarcity and the government resisting price controls or rationing, as in nearby Macau and Taiwan. 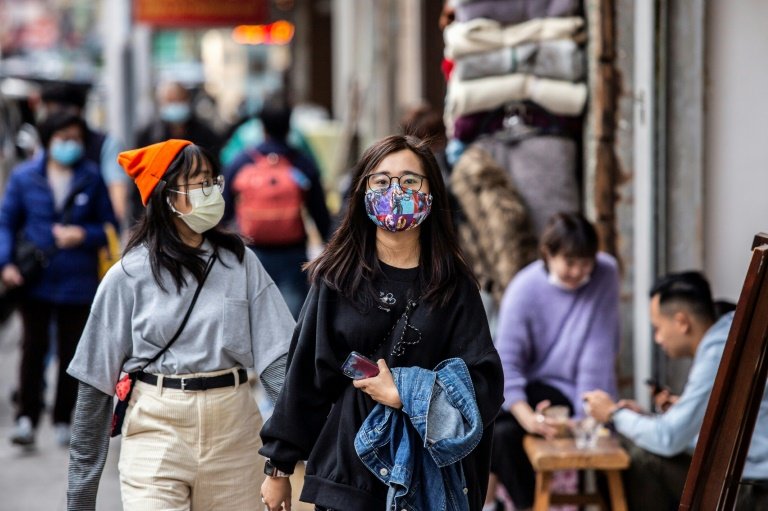 With a chrnoic shortage of face masks, Hong Kongers are becoming increasingly inventive to protect themselves against the coronavirus / © AFP

A film director surnamed Tong was this week putting the finishing touches to a face mask assembly line in an industrial building.

"I was shocked by the price of face masks," he told AFP.

"I did some research and realised that masks are not that difficult to make. Why do people have to bear such a high cost? Because there is no production line in Hong Kong".

With the help of an investor he managed to import a machine from India, and plans to ship more.

Currently in the testing phase, the device will produce 60-80 surgical masks per minute from Saturday in a dust-free room.

Tong said the masks will be sold online for HK$1-2 each, limited to one box per person. 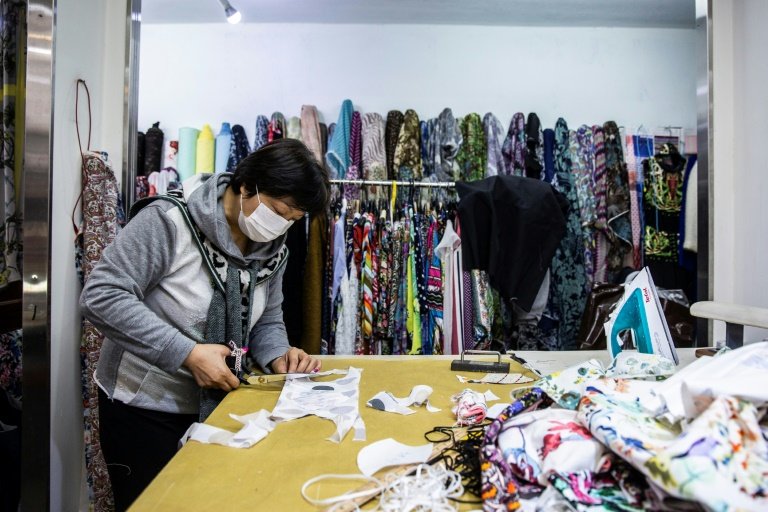 The administration of chief executive Carrie Lam says it is doing all it can to secure new supplies of face masks amid a global shortage.

Output has been ramped up on a prison labour production line and there are plans to set aside HK$1.5 billion to support the creation of domestic factories.

The lack of stockpiles has sparked criticism of Lam, even from among her pro-Beijing political allies.

Many have expressed surprise that a city which suffered 299 deaths during the 2003 SARS outbreak was not better prepared.

Since SARS, which Beijing initially covered up, Hong Kongers have embraced higher communal hygiene standards and face masks have long been a common sight, especially during the winter flu season.

Joseph Kwan, a public health expert from the Hong Kong University of Science and Technology, said widespread mask use during SARS also lowered cases of the common cold that year.

In a tightly packed city like Hong Kong, new viruses will "spread like wildfire if nobody wears a mask", he said.

"It would be a public health disaster".