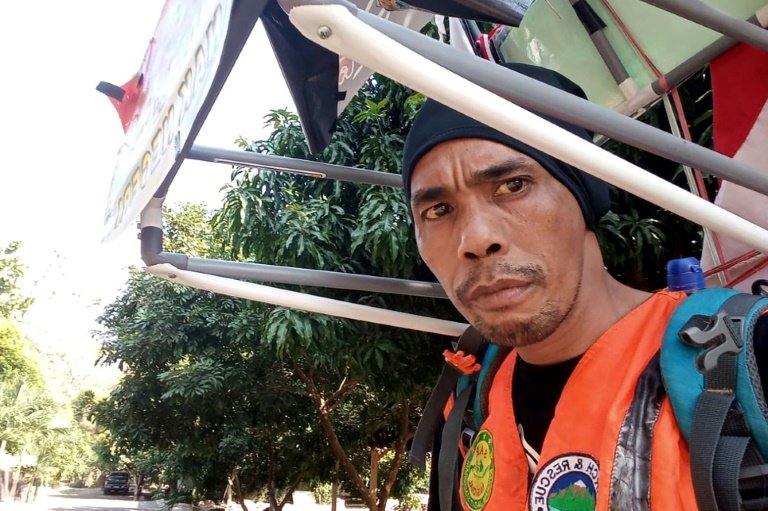 Medi Bastoni walks 20 to 30 kilometres backwards every day under the scorching sun, with a rear-view mirror attached to his backpack to avoid bumping into objects / © COURTESY OF MEDI BASTONI/AFP

An Indonesian man is walking 700 kilometres (435 miles) from his home on a volcano in East Java to Jakarta in the hope of drawing attention to the archipelago's quickly shrinking forests -- and he is doing it backwards.

Medi Bastoni, a 43-year-old father of four, set out on his arduous, in-reverse journey in mid-July, with the goal of reaching the capital by August 16, a day before the Southeast Asian nation's independence day anniversary.

"Of course I'm exhausted, but I'm willing to do this to fight for the next generation," Bastoni told AFP.

"(My home) is losing all of its trees so I have to do something. I can take the pain and fatigue."

When he arrives, Bastoni said he hopes to meet with president Joko Widodo and highlight deforestation across the archipelago including at his home on Mt. Wilis, a dormant volcano. 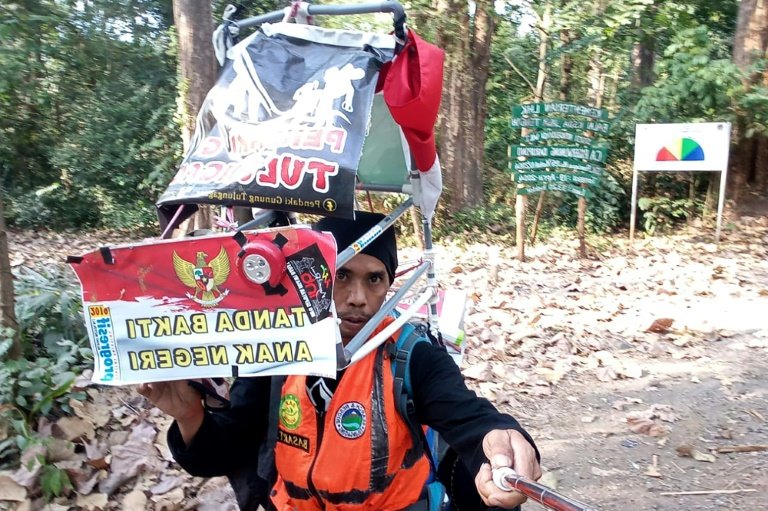 Indonesia suffers from one of the high rates of deforestation in the world, according to Greenpeace.

Bastoni walks 20 to 30 kilometres backwards every day under the scorching sun, with a rear-view mirror attached to his backpack to avoid bumping into objects.

Along the way, supporters cheer him on, offer him meals or a place to stay overnight. But Bastoni always leaves at dawn to stay on schedule.

Walking backwards is meant as a siganl to Indonesians to reflect on the past and remember how national heroes fought for the good of the country, he said.