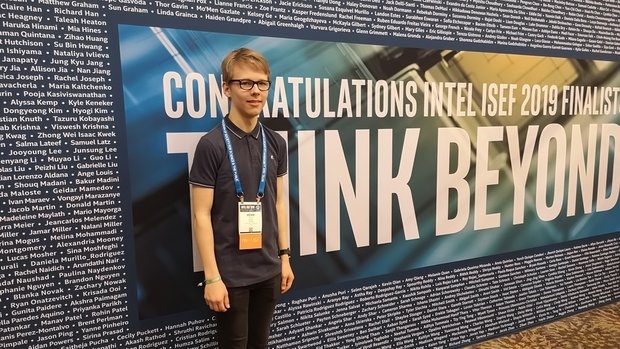 The Intel International Science and Engineering Fair (Intel ISEF), the largest pre-university scientific competition, took place from 12 to 18 May in Phoenix, Arizona.

Intel ISEF brings together around 1,800 students from 80 different countries. The students have the opportunity to win prestigious prizes at the fair, with the total in prize money reaching $4 million.

Ahola, a student at the European School I in Luxembourg presented his 8-bit CPU visualisation tool at the fair. The aim of Ahola's tool is to visualise and demonstrate how a computer processor works, simulating a simplified processor and explaining how data moves within a computer and its functioning.

At Intel ISEF, Ahola's project drew the attention of those working in the education sector, given its revolutionary ability to make such a complex computer processor easily comprehensible.

In addition to Ahola's success at Intel ISEF, the FJSL also signed an agreement with Intel ISEF. As per the agreement, one winner at Intel ISEF will have the opportunity to participate at Expo-Sciences Luxembourg as a special prize.