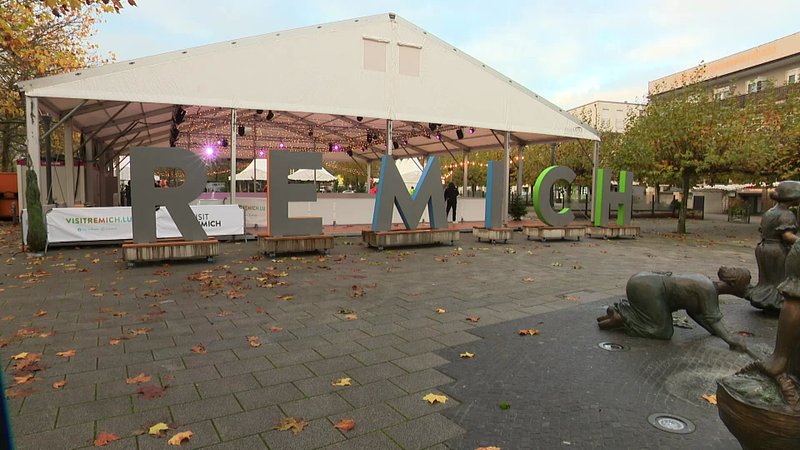 For the first time, the Remich Christmas market, located at Place Dr. Fernand Kons, features a synthetic ice-skating rink that neither requires electricity nor water, thereby making it a compelling alternative to traditional rinks in times of an unfolding energy crisis. The municipality of Remich therefore believes that now is the perfect time to test the more sustainable alternative.

The rink itself was quickly set up by a Swiss company specialised in synthetic installations. Combined with the Christmas lights, the municipality is estimated to spend €‎70,000 on this year's market.

"The budget is more or less identical to what it used to be", explained Remich Mayor Jacques Sitz. "Renting fees are not far apart. On the one hand we are saving the energy usually spent on producing ice, on the other hand we have to rent more skating shoes." Close to 150 shoes are available, which must not have spikes at the front. Visitors can either rent shoes on location or bring their own and have them sanded free of charge.

According to the manufacturer of the rink, the synthetic ground gets smoother with increased skating and is only 2% less effective than ice. Over the weekend, the first visitors were able to test the alternative rink.

"Skating on it works not as well as it does on ice", commented a women. "I may not be a good skater, but here I cannot go without holding on to something." Her daughter, who skates more regularly, was equally suspicious of the installation: "I don't think it's as good as real ice and I cannot skate on it as well."

It remains to be seen whether the municipality will continue using the synthetic rink in the coming years, said local officials. Much will depend on people's feedback, they further stated.