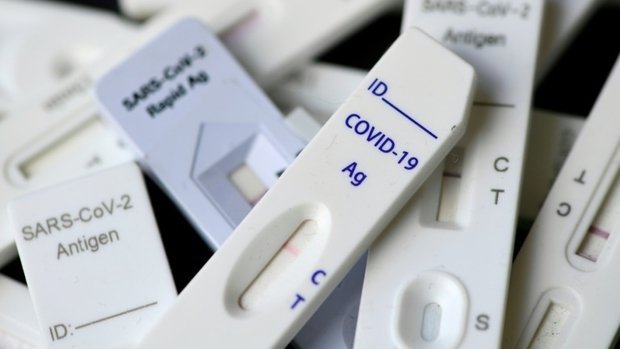 With the new Covid-19 law, the government wants to reduce the restrictions to a minimum by the end of March next year.

The Government Council reviewed the draft bill on Wednesday. The text must be voted on before the end of the month.

The government retains the option to quickly adapt the law in case a new variant arises. In addition, the isolation period will be reduced from seven to four days, meaning that employees will be accorded sick leave for four days. The goal, according to the government, is to avoid complications caused by staff shortages. If a Covid patient's symptoms persist after the fourth day, they must contact a doctor to request an extension of their sick leave. The new law also abolishes systematic contact tracing, which will henceforth be employed only in cases of bigger clusters, such as at retirement homes.

The so-called hébergement forcé ("forced accommodation") will also be abolished, as it has never been enforced since the start of the pandemic. This measure, however, should not be confused with isolation, which, as previously stated, will be lowered to four days.

800 new cases per day in November?

The current BA.2.75 variant discovered in India is on the verge of spreading and is causing uncertainty. This Omicron sub-variant is more contagious, and the vaccine is thought to be less effective. Nine cases were discovered in Luxembourg in the week preceding the start of the school year.

According to the latest projections, up to 800 infections per day are expected in Luxembourg in November. Scientists expect to see 30 to 50 hospital admissions, including five to ten patients in intensive care. However, this is a scenario that experts think the hospital sector would be able to handle.

The Government Council also approved the recommendation of the Higher Council for Infectious Diseases (CSMI) regarding the second booster dose of the Covid-19 vaccine. This means that anyone over the age of 12 years is now eligible for a fourth dose.

Until now, the second booster was only administered to people over 60 and vulnerable individuals. Despite the change, the National Health Directorate wants to continue raising awareness among the elderly to get their second booster. So far 37.4% have received a second booster. A fourth dose is also recommended for health sector personnel.

The Health Directorate has also reviewed its testing recommendations. In the future, testing will be limited to symptomatic people, especially the most vulnerable. Testing will be prioritised in hospitals and retirement homes or when someone is ill. On the other hand, self-testing remains available to everyone.