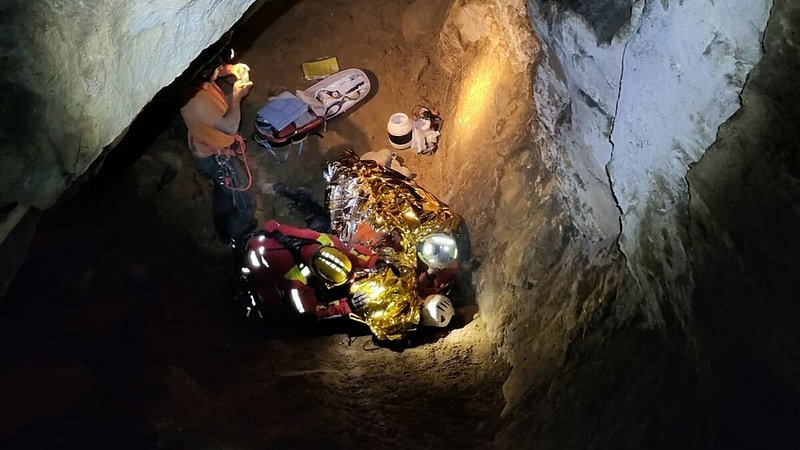 A speleologist who descended into a cave in Berdorf got stuck after getting injured by a falling stone. After a major operation, rescuers managed to bring him back to the surface.

After six hours of effort, rescuers succeeded in an important operation: the evacuation of a speleologist stuck in the Sainte Barbe cave in Berdorf.

According to a press release from the CGDIS (Grand-Ducal Fire and Rescue Corps of Luxembourg), the emergency services were alerted on Friday in the late morning hours, by another member of an expedition that included several "seasoned" speleologists. One of them had a "head injury caused by a rock falling down". Conscious but stuck around fifty meters away from the exist in a narrow gut, he was "unable to exit by himself".

Thirty firefighters, including fifteen belonging to the GRIMP (intervention group for perilous environments), were brought immediately to the scene in helicopters in order to rescue him. "Rescue operations proved to be complicated due to the narrowness of certain passages, which required widening of the spaces in some places."

The speleologist was finally evacuated after six hours of the rescue operation. The paramedics transported him immediately to the hospital. His condition is stable and his life is not in danger.

© CGDIS
© CGDIS
The photos published on this site are subject to copyright and may not be copied, modified, or sold without the prior permission of the owner of the site in question.
Most read
More news