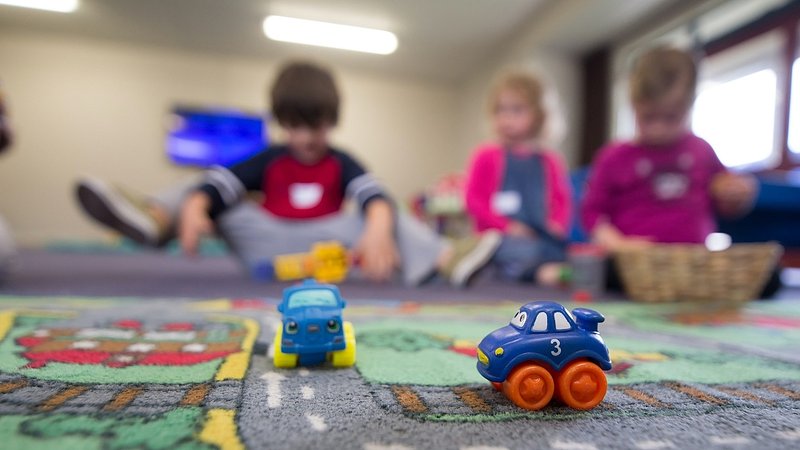 Is Luxembourg's childcare system a victim of its own success? The lack of places is becoming a problem for parents, warns one MP.

Since the start of the new school year, the childcare services provided by drop-in centres (maisons-relais), day care centres, mini-crèches, and childminders are free in Luxembourg. This measure, which was passed over the summer, will save €1,810 a year for a family that places two children in a drop-in centre, according to the Ministry of Education.

But according to MP Marc Goergen from the Pirate Party, there is a shortage of places in drop-in centres. He even claims that hundreds of children are currently on waiting lists.

In their reply to a parliamentary question submitted by the MP, Minister of Education Claude Meisch and Minister for Home Affairs Taina Bofferding put this shortage into perspective.

Firstly, the ministers pointed out that the offer of childcare services is managed and developed by the municipalities, which enter into partnerships with accredited subcontractors, as well as private businesses.

According to the ministers, municipalities are the only ones who can assess childcare needs because they have all of the information (number of children, demographics, existing provision) to determine whether more places are needed. They ensure that there is a drop-in centre in each commune. The state pays for the construction of the reception buildings, in addition to the "legal framework" for reception.

In addition to drop-in centres, school-aged children can be cared for in day care centres or crèches. This is referred to as "non-formal education". In June 2022, some 35,000 children under the mandatory school age were enrolled in non-formal care centres.

The ministers point out that there is indeed a "high demand from parents for childcare". This demand is fuelled in particular by the increase in the resident population. Some municipalities therefore find themselves "temporarily in a shortage of places until the new structures are completed". This takes time and requires available space.

There is no general shortage of places in Luxembourg

In addition to the lack of facilities in some municipalities, the ministers clarify that private businesses supplement the provision of childcare. "There is no general shortage of places in Luxembourg," the ministers confirmed.

The government specifies that although some facilities have a 100% occupancy rate, this does not necessarily indicate overcrowding because one place can be occupied by several children. According to their calculations, about 67% of conventional facilities still have space. The same applies to 46% of privately owned care centres.

The ministers also confirm that parents who do not take advantage of free childcare will not receive any financial compensation. This is despite a petition that received widespread support last spring.