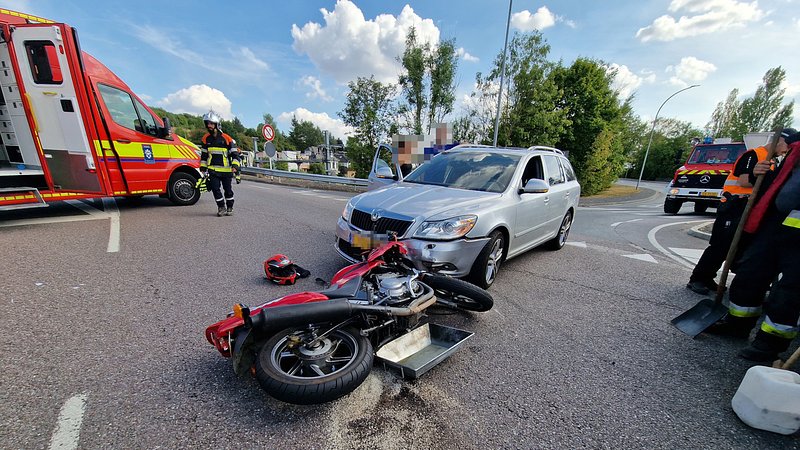 A serious accident occurred in Ettelbruck on late Tuesday afternoon, according to the police.

At around 4.40pm, a car and a motorcycle collided on the intersection between Avenue des Alliés and Rue Jean-Pierre Thill. The motorcyclist was seriously injured and had to be treated on site by the emergency services. He was later admitted to hospital.