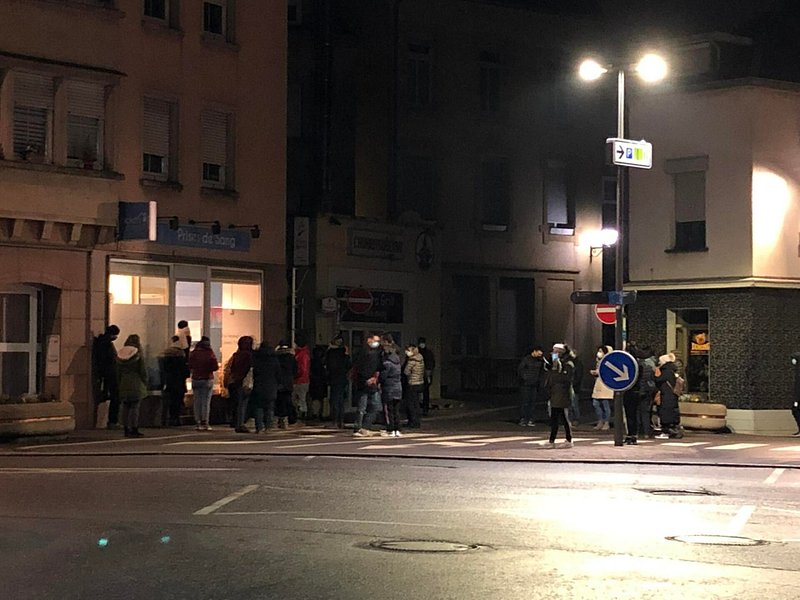 While most are still asleep on early Saturday morning, dozens of people queued up outside a laboratory to get a PCR test in Ettelbruck.

In the early hours of Saturday morning, a queue formed in front of a BioNext laboratory in Ettelbruck, made up of people who had come early in the hopes of getting a PCR test. Unfortunately for those who hoped to avoid waiting in the cold, there were already about fifty people queuing up at around 7.15am outside the laboratory, which opens at 7 am on weekends.

This kind of scene has become commonplace. For weeks, a crowd has been massing in front of the analysis laboratories every morning in order to obtain a PCR test.

In light of the Omicron variant, laboratories are currently performing an average of 10,000 PCR tests per day. On Friday, the health authorities reported 2,838 new cases of coronavirus out of 7,728 tests carried out. The day before, there were 3,064 cases out of 9,373 tests. The positivity rate, which was at its highest level at the end of Wednesday (36.77%), has just broken a new record by reaching 36.91%. This means that more than one in three people tested is positive for Covid.