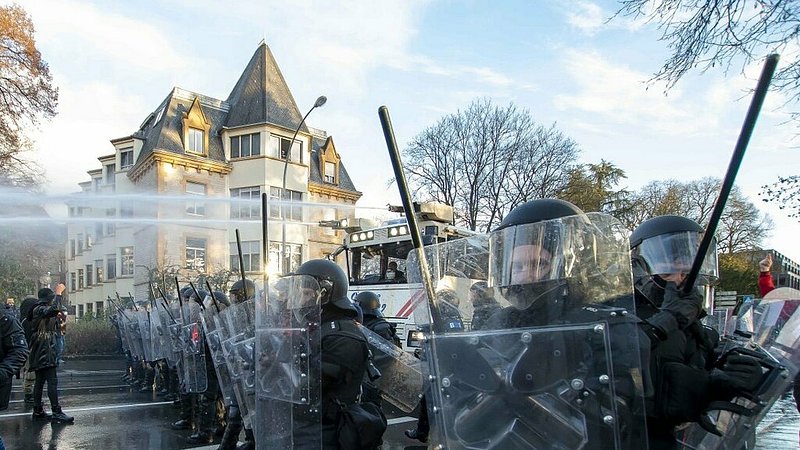 The water cannon deployed at an anti-Covid measures protest on 11 December used regular tap water, says the Minister of Police.

Henri Kox offered the information in response to a parliamentary question posed by the ADR. MP Fernand Kartheiser had asked for a clarification on the substance which was used by the water cannon. Some conspiracy theorists online had spread the rumour that the police had used the cannon to shoot vaccines at demonstrators.

The decision to deploy the water cannon was made by the operational command of the police force, Kox said in his reply. He added that the water cannon was not to be seen as a weapon but as a "means of restraint", in line with a number of methods authorised to be used by the police, in conformance with 1973 law.

The same applies to the use of police dogs.