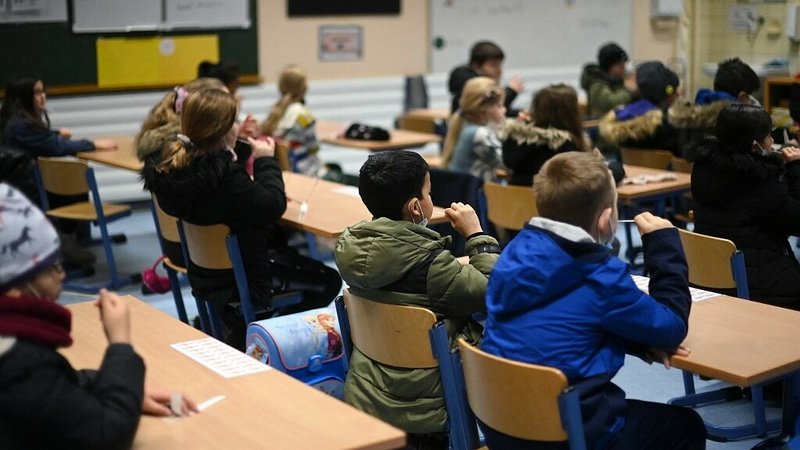 Managing with the high level of teacher absences was an "acute challenge", said the Minister for Education.

But the situation had been relatively stable since the Christmas holidays, he told MPs on Tuesday afternoon. Sven Clement from the Pirate Party had asked for details on the Covid situation in schools during the question session at the Chamber of Deputies.

On Monday, just under 10 percent of staff was signed off in primary schools: 221 were due to Covid quarantine, 85 had requested family leave, and 136 were infected themselves. 94 teachers are on maternity leave and a total of 334 are signed off sick. This comes to 9.74 percent.

In secondary schools, 8.5 percent are absent. 274 due to Covid and 198 other ailments. This was indeed a challenge, Claude Meisch admitted, but not totally out of the ordinary. January and February were traditionally months with a lot of sick leaves. Barring a few exceptions, they had managed to compensate this quite well, using substitute teachers and overtime. No one had been recalled from their time off.

In primary schools, one class had to be switched to remote learning because of missing staff. In secondary schools, this happened to four classes total.

34 classes were quarantined last week. This is the case when six or more cases are detected in a class.

Sven Clement also wanted to know the impact of 3G on schools. Claude Meisch answered that this was marginal. Eleven teachers were missing in primary schools on Monday, down to five on Tuesday. At secondary schools, it was seven on Monday and three on Tuesday.

In answer to a question about crèches and Maisons Relais wraparound care, the Minister confirmed that the virus was indeed everywhere. It was not allowed it to spread uncontrolled, but using broad testing with rapid tests at least three times weekly, they were able to keep on top of infections. This made more sense in the current situation than contact tracing, as this wasn't always feasible due to the high number of cases.

Cycle 1 will do increased testing starting this Friday

The Cycle 1 – preschool, that is, will introduce increased testing this Friday 21 January.

After just one positive test in a class, kids will do a daily rapid test, with parental authorisation. This will be done at home, not in class. Teachers will test daily.

This means there will no longer be a quarantine after a positive contact, unless parents refuse the test.

Regular testing without a positive contact is three times a week, also at home.