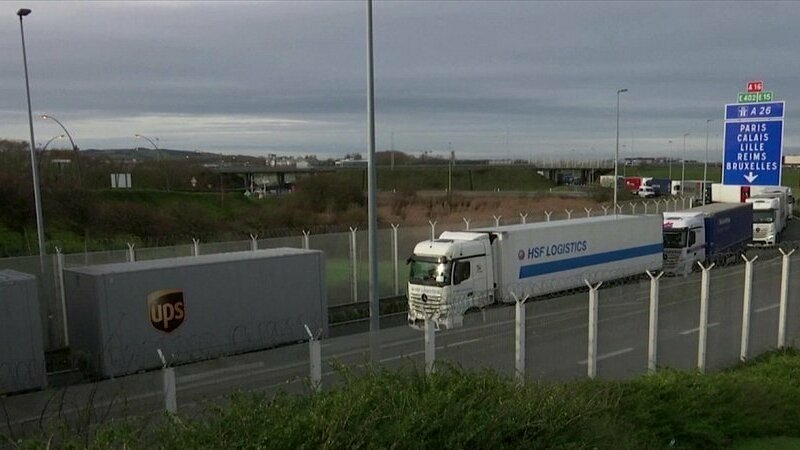 Our colleagues from RTL spoke to Ben Frin, financial director of shipping company Arthur Welter, about the implementation of the 3G system in the transportation sector.

Drivers now have to be vaccinated, recovered, or tested, which is not as straightforward for those making international trips on a regular basis. At Arthur Welter, 50 out of 450 drivers are unvaccinated, which means they have to get tested upon returning to Luxembourg from abroad.

Frin elaborated on the impractical aspects of this rule: "We will of course respect the law, which says that the first thing an unvaccinated driver must do upon return is get tested. However, this means that they will have to drive to the nearest centre with their lorries."

The spokesman further commented that the government makes life difficult for employers by handing responsibility over to them: "Maybe it's their way of avoiding the unpopular method of a general vaccine mandate. But we are now the ones to clean up the mess." Frin concluded that the transportation sector is at a clear disadvantage compared to others due to their international travels.

Antoine Ries from the Trading Confederation CLC explained that some of Luxembourg's neighbouring countries have found alternative solutions to the problem: "Authorities are more pragmatic in Germany, they recognised how difficult it is for drivers to get tested all the time, which is why they are exempt from the rule. We hoped for the same reasoning here, but that was not the case."

Andreas Pabst, who works for Arthur Welter as a driver, conveyed that he has no problems since he is vaccinated, but noted that some of his colleagues are fighting for their existence. He further concluded that the level of incoherence in measures between European countries is causing additional uncertainties in the sector.