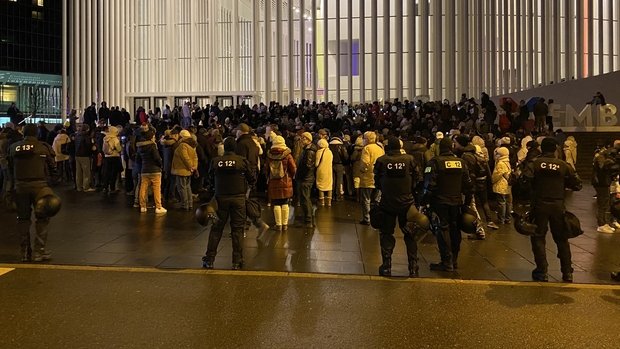 Two demonstrations took place on Friday: one against the Covid measures and a counter-demonstration. Fortunately, no incidents were reported.

As had been announced, the police had put in place a reinforced system in order to control possible demonstrations on Friday 14 January 2022 in Luxembourg City.

The police reports in a press release that two different gatherings formed at Place de l'Europe from 6.30 pm onwards. One of them consisted of around 15 demonstrators, the other of some 300 demonstrators; the two being separated by the police.

The first rally dissolved at around 7.15 pm, the second at 8.30 pm. The police added that both demonstrations went on peacefully and without incident.

Finally, there was no traffic disruption in the vicinity of Place de l'Europe and Glacis, the police concluded.