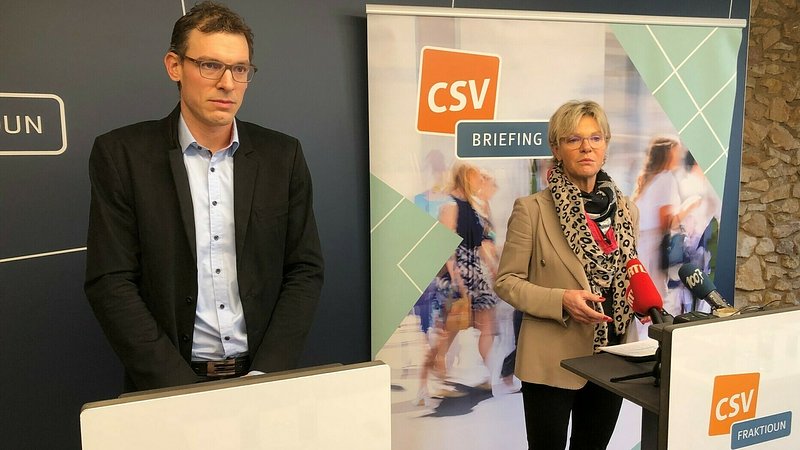 During a press briefing, the Christian Social People's Party (CSV) weighed in on environmental topics, namely the 'Superdreckskëscht' affair and the upcoming vote on the new nature protection law.

At a press conference on Thursday, the CSV called for a financing law for the contract between the Environment Agency and the company 'Oeko-Service Luxembourg'. The existing contract has no legal basis, MPs Diane Adehm and Gilles Roth stated. Therefore, it would have to be regularised after the fact, with a clearly fixed amount.

If the Council of State does not agree to this course of action, the CSV believes that it would be necessary to start from scratch and draw up a completely new financing law for these important services – especially waste disposal. In that case, a new call for tenders would also have to be launched, according to Roth.

The CSV has a lot of questions about the 2018 contract, in which Oeko-Service Luxembourg received €97 million from the state. If it does not get answers from the Parliamentary Commission of the Environment, it will take the debate to the plenary session. Ultimately, the opposition party will request an official probe into the affair.

The other main topic of the press conference was the nature protection law. The draft bill will be put to a vote in the Chamber of Deputies next week. The CSV is once again calling for changes to be made and is making 17 proposals.

Nature protection should not be at the expense of the mobilisation of building land, with the opposition party warning that the procedures should not be drawn out. The co-chair of the parliamentary group, Martine Hansen, is firmly opposed to compensation measures within the building perimeter. All landowners should be treated equally when it comes to nature conservation, Hansen stressed.

Innovative and diversified agriculture should also be possible in a green zone, added Jeff Boonen, member of the CSV national committee. The new nature protection law presents unnecessary obstacles, the agricultural engineer regrets. They should be removed before the vote.