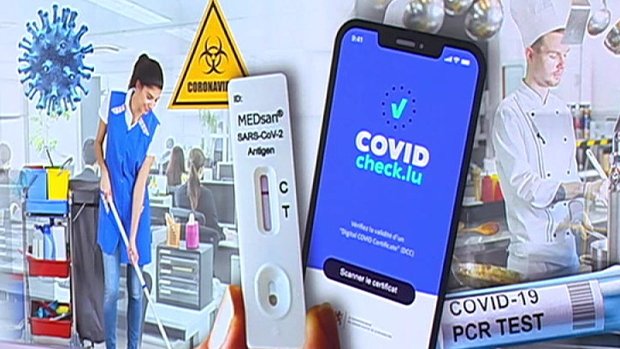 Many employees have reportedly already announced to their employers that they will be off sick after the compulsory CovidCheck at the workplace is implemented on 15 January.

According to the Federation of Skilled Trades and Crafts, if these employees are indeed granted a six-week sick leave in order to circumvent the obligation to be tested, companies will be faced with major organisational problems. The Federation therefore demands that the government and the National Health Fund (CNS) take strict measures to prevent any such abuse. Sick leave should not be misappropriated as a free ticket to circumvent the '3G' regime at work, i.e., to be vaccinated, cured, or tested negative, the Federation stresses.

Such behaviour would be to the detriment of the companies, but also the other employees, who would have to compensate the absence of their colleagues, as well as the general public, who would have to bear the costs for this fraud alongside the employers through social security, the Federation writes. In addition, the statement goes on to say, this would go against the government's entire reasoning behind introducing the 3G regime at the workplace, which is to increase the Grand Duchy's vaccination rate.

The Federation, which represents 7,000 companies employing 90,000 workers, demands that such abuses should be sanctioned.