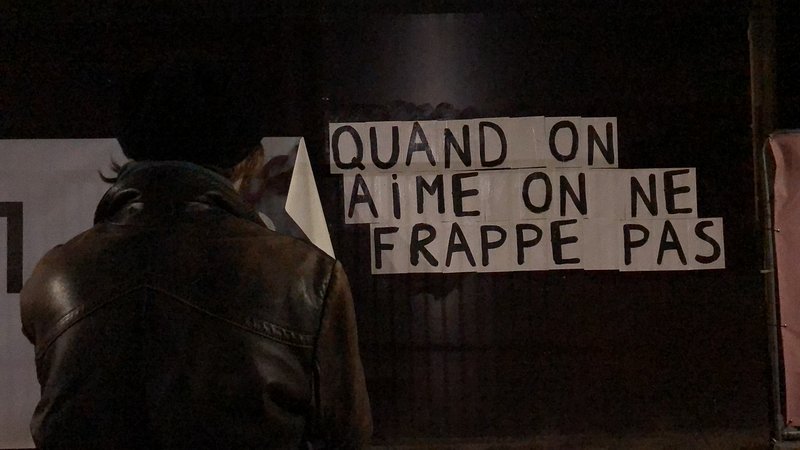 Usually, you never see them, but only what they leave behind: big banners that raise awareness for violence against women.

They call themselves "les colleuses anti-féminicides" (colleuses refers to the act of gluing the banners onto public buildings). A group of women from different cultural backgrounds and age groups, who are linked by one common experience: They have all experienced violence from men in some form. Like so many women. This violence reaches from verbal harassment to rape and ultimately femicide, i.e. the act of murdering a woman because of her gender.

Our colleagues from RTL.lu have joined the group for one night to see how they raise awareness of this issue.

The colleuses anti-féminicides only go out once it is dark. Under the cover of the night, they look for construction sites or old walls where they can put up their banners. On them, they have written slogans such as Je veux pouvoir sortir sans avoir peur ("I want to be able to go out without being afraid") or On arretera de coller quand vous arreterez de tuer – violer – agresser ("We will stop gluing when you stop killing – raping – harassing). 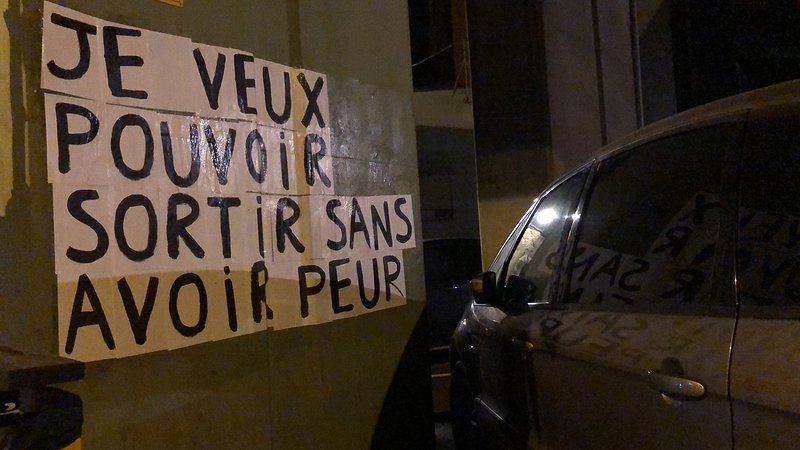 The goal is to raise awareness for an issue, which is too often being ignored, according to the group: Women being killed for being women. While the group acknowledges that domestic violence has increasingly been at the centre of public discourse recently, they argue that violence against women overall and the killing of women because of their gender, all of which is enabled by a patriarchal society, is swept under the rug.

The mere fact that many women feel unsafe when they are out alone in the evening is a sign that there is an issue that society likes to ignore all too often, according to the group.

The group even experiences this violence during their nightly activities. On several occasions, the colleuses have been verbally attacked or harassed by men. Usually because the men felt provoked by the slogans or made fun of them. In the eyes of the colleuses, yet another reason to act against this problem.

To break the silence, the group is also willing to take risks. They have had run-ins with the police before and have even received a complaint for property damage by the municipality of Luxembourg City. The municipal authorities argued that their banners had damaged the walls. For this reason, the group now increasingly focusses on construction sites. According to them, there is no law against putting up banners there.

Nevertheless, the group also notes the hypocrisy in how persistently they are being pursued for gluing slogans on walls, compared to men who attempted to kill or have killed women and get away with "a short prison sentence".

The police also showed up on the night when our colleagues from RTL.lu accompanied the group. The women reiterate that it is a risk they are willing to take. Even if their banners make just a single woman feel supported and understood, it is well worth the risk of receiving a fine, the group states.

Watch the full report in Luxembourgish below: