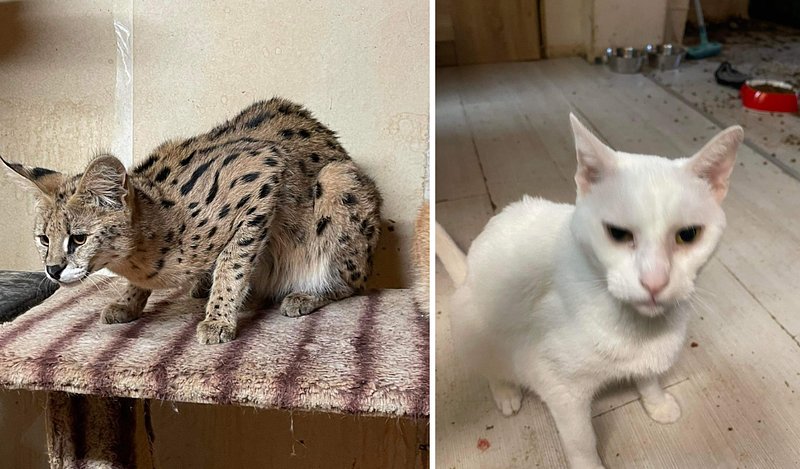 A variety of animals lived in the respective home when members of the association paid the woman a visit: twelve snakes, 30 cats, nine chinchillas, nine rats, one dog, one crab, one quail, and about one hundred mice. The official list has 184 entries so far, but there may still be more rodents, noted Andre.

When asked about the state of the house, the APAS president underlined that hygiene was a cause for concern. Other associations have already been trying to help the owner for the past six years, but APAS were now the first to be given a chance to enter the actual home.

"Everything began when the owner made a post on social media to seeking help", Andre explained. "We then made an appointment and went to the house to get an idea of what we are dealing with."

While there were clear violations of animal welfare regulations, Andre emphasised that the woman was very cooperative from the start and voluntarily showed them around her home. Andre believes that this shows her acceptance that the situation got out of hand.

APAS officials had to catalogue and recover every single animal before delivering a report to the Veterinary Inspection. The animals have since been handed over to specialised associations. Andre was not willing to convey any details about the identity of the owner or the location of her house: "People can sometimes be cruel and we don't want her to be harassed."

When asked about potential legal consequences, the APAS president noted that it was not up to them to decide, their priority is to ensure the well-being of animals.