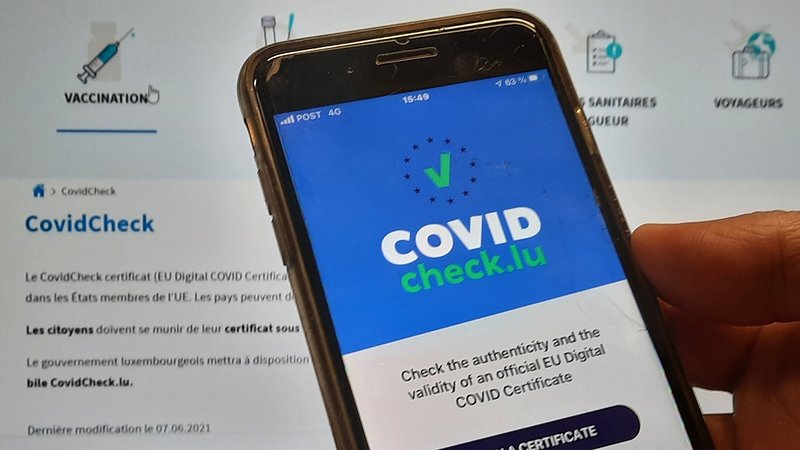 The government submitted amendments to the new Covid law on Friday morning.

The controversial provision that allows companies and administrations to introduce the CovidCheck regime at work will remain in the text for the new Covid law next week; however, the sentence which suggests employees should be forced to show a CovidCheck certificate has been removed.

The amendment followed remarks made by the Council of State, which raised a number of queries regarding the application of the CovidCheck system at work. Rapporteur Mars Di Bartolomeo told RTL that workers would fall under the normal regime of CovidCheck as a result of the amendments.

On Wednesday, the OGBL, LCGB and CGFP unions rejected the proposal for an optional CovidCheck at work, for lack of practical details, including respect for private data, the duty to inform staff delegation, possible sanctions against employees and the right to free-of-charge testing. The government is set to meet with the unions on Friday afternoon following the government council discussion.

The Human Rights Advisory Commission also criticised the expansion of the CovidCheck regime, on the ground that it could cause a further split in society. However, the Medical College welcomed the decision of the authorities to extend the CovidCheck beyond hospitality or cultural activities.

The population's interest in vaccinations has risen somewhat following the government's announcement last week. The new Covid rules will come into force next Tuesday from midnight, meaning the CovidCheck system will be mandatory for all indoor activities. It will remain dependent on company bosses as to whether it is implemented within the workplace.

As a reminder, the CovidCheck system is issued to people who are fully vaccinated, recovered from Covid within the last six months, or with a negative test result. A PCR test is valid for 72 hours after collection, a rapid antigenic test 48 hours.