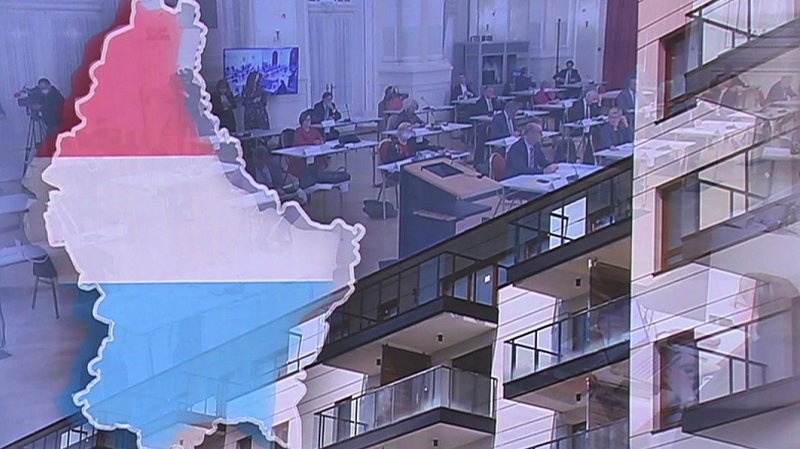 Little of substance, but some good elements, was the reaction. It remains to be seen how all this will be implemented, unions, employers and opposition said, who now expect concrete plans.

Unions welcomed the announcement of a tripartite before the end of the year. Unlike employers, they had been requesting this for a while. But they will rein in their excitement until they know what topics will be treated.

All sides approved the announced social policy measures, such as benefits and childcare.

According to Nora Back from the OGBL, the explanations given do not go far enough, however. The implementation of some of the measures remains to be seen, she said, citing the free school lunches as an example. The OGBL also estimates that there was not enough about work in the speech, though the measures announced were positive. Again, what matters is the implementation, for instance of the right to disconnect or part time employment.

The LCGB, for their part, bemoans that the debate concerning CovidCheck in the workplace will now be left to employers instead of the government. There is a need for concrete guidelines, says Patrick Dury, president of the LCBG. There needs to be a dialogue between everyone concerned, notably a more structured social dialogue.

Romain Wolff from the CGFP agrees with this assessment. The contents of the new Covid law is in contradiction with the PM's talk of "lived solidarity", he says, if you can lose your employment for refusing to provide a CovidCheck certificate. Regarding social benefits such as maisons relais free of charge, he says it is not clear which income levels will be affected.

Michel Reckinger, president of the business union UEL, stresses that the efforts regarding work-life balance cannot be considered solely from the viewpoint of employees. One needs to consider how the various social policy requirements can be implemented in practice. It is questionable, for instance, how a right to part time employment is compatible with a lack of skilled people in certain sectors.

Reactions from the chamber of deputies

While this year's speech certainly cannot be called out for being too short, the opposition parties were still missing some elements. Martine Hansen from the CSV mentions the tax reform, in particular. Others are there, but late: the opposition has been demanding the climate pact for businesses since 2019, and much time has been lost. For other aspects, she would also have liked to see more details about implementation. "There are many goals, but the way to get there is unclear," she said.

Sven Clement from the Pirate Party declared being pleasantly surprised, seeing many of the demands from his party reflected in the speech. He cites the citizens council and climate protection, or the government's plan to compensate for CO2 emissions of its international travel. Regarding the housing crisis, he criticises a lack of useful solutions, however. Announcing the same construction projects again and again, without concrete end dates, is not enough, he says, while property tax has been delayed another year.

Josée Lorsché from déi Gréng is pleased by the heavy focus on climate, of course. But she, too, reserves her judgment until the implementation.

Myriam Cecchetti from déi Lénk estimates that the measures are merely a few handouts that do not concretely help disadvantaged people, especially single mothers or fathers. "What good is free childcare on weekdays to a single parent who works shifts or weekends? What good is a subsidy for electric cars when they can barely make rent?"
Fernand Kartheiser of the ADR also thinks the government already had the next elections in mind when announcing the measures, but nevertheless welcomes some of them, notably those strengthening families. He, too, was missing concrete implementation plans, however.

The LSAP was pleased to recognise some of its suggestions in the speech, and Georges Engel was generally pleased. Gilles Baum had only good things to say about his fellow DP member, of course.

The focus on climate was of course welcomed by the country's environmental organisations. What was missing, however, were statements about the structural problems that have been known for years, says Blanche Weber from the Mouvement Ecologique. There also need to be concrete plans on how to help disadvantaged households with the energy transition. Ecological and social themes are interwoven, she highlights.

Frank Thinnes from Greenpeace bemoans that the announced measures regarding greenhouse gas emissions miss their mark. The Luxembourg government needs to set an example after announcing such ambitious goals. While generally welcoming the citizens council on climate, he warns that this must not lead to delays on urgent questions.