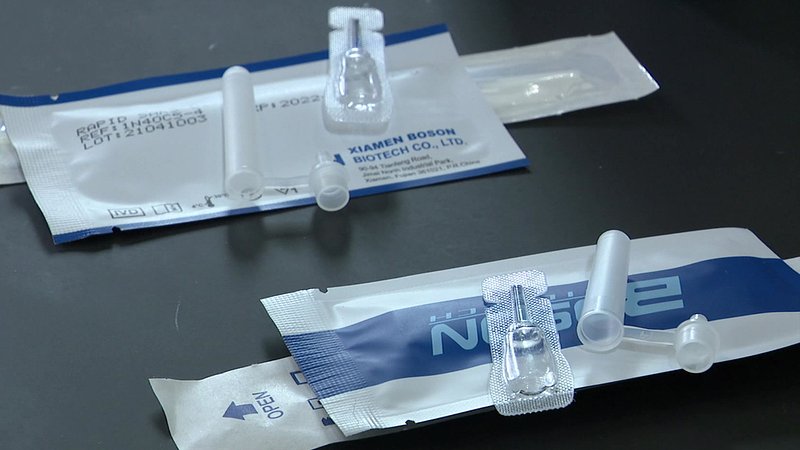 The Horesca sector is preparing itself for the new Covid law, to be announced on Friday at 2.30pm, which could see a move to a more generalised CovidCheck system.

Representatives of the Federation of Hoteliers, Restaurateurs and Cafetiers said it was likely that free rapid tests on-site would be dropped after the new law comes into force on 18 October. Although exact details of the new law are not yet known, ahead of Friday's 2.30pm press conference, it is thought that only certified rapid and PCR tests will be permitted.

The switch is likely to be applied to other sectors outside of hospitality, including leisure, museums and more.

The Horesca federation has submitted a plea to maintain the free tests so as not to alienate part of their clientele, as well as a demand for further support for the sector until the end of the year.

At present, parties of up to four customers are permitted to eat together indoors at restaurants and cafés without requiring a CovidCheck. Outdoor locations are allowed up to 10 guests at one table. It is not yet known what sort of impact the new Covid law will have on restaurant terraces.

Prime Minister Xavier Bettel and Minister of Health Paulette Lenert will address the press on Friday afternoon to dispense details of the new law, which will come into force on Monday 18 October. The premier warned some weeks ago that the CovidCheck regime could become stricter if the vaccine campaign continued to stagnate.

Other changes linked to the vaccine rate could take place in private businesses. Minister Dan Kersch explained that privately-owned companies could introduce voluntary CovidChecks if a vaccine rate of 85% had not been achieved by mid-October. Luxembourg is still some way off from reaching this target. The UEL union supports the introduction of a CovidCheck at work, while other unions have doubts regarding the implementation of this system.