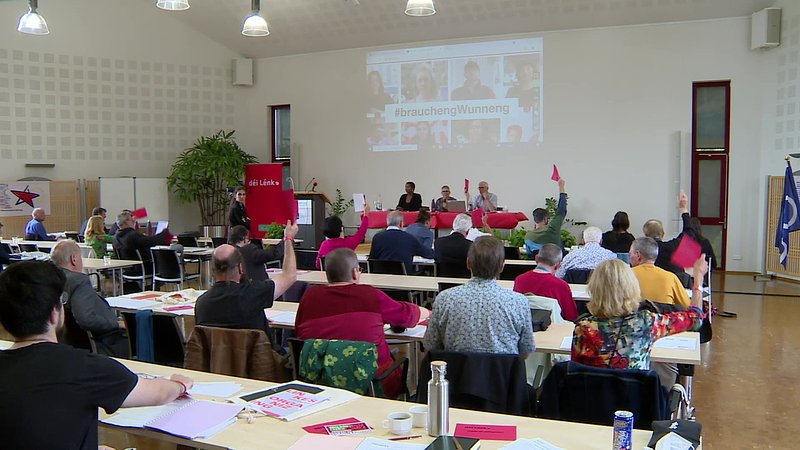 The party is currently working on an "ecological-socialist" strategy for the 2023 elections, the content of which is set to be announced in April.

During the 18th party congress in Remich, the Left criticised the government coalition, which they believe to ignore the most vulnerable people in our society. They therefore propose radical changes to better take on Covid-19 and the climate crisis.

According to MP Nathalie Oberweis, the party's representatives tend to be ignored by the majority in the Chamber of Deputies. The Left thus believes that the government lacks both the vision and commitment to employ the extreme measures that are necessary even outside of major crises.

Gary Diderich thus underlined that the Left fights for the best interest of the public and that they are not willing to compromise: "We have always been socially oriented and consistent when it comes to standing in for the interest of the public. The congress has confirmed that we need to focus on our social and ecological policies."

The Left's David Wagner, who already served as an MP, also noted that the party will need the support of those who are not represented by anyone. The Left sees itself committed to delivering on promises rather than celebrating self-praise.