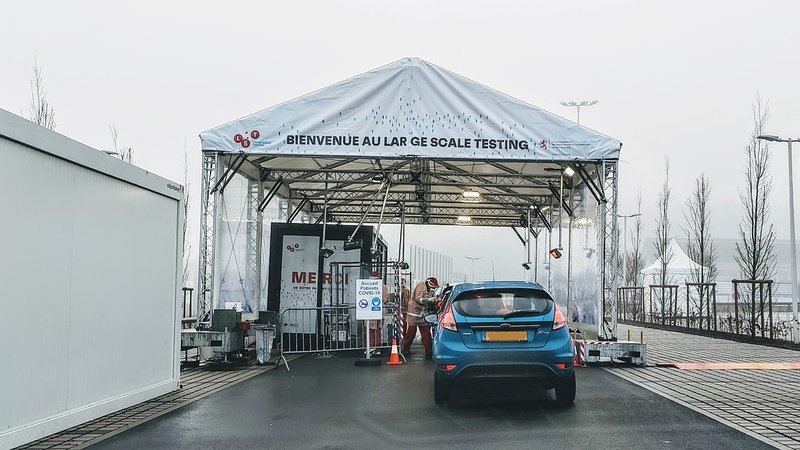 BioneXt announced that over the upcoming days, it will request the European institutions to intervene because of "unfair competition" in the context of Luxembourg's Large-Scale Testing Campaign.

The Leudelange-based laboratory confirmed this in a letter to the Ministry of Health on Tuesday.

During the third phase of the Large-Scale Testing Campaign, which started around mid-July, residents are able to benefit from free PCR tests – without the need for an invitation code. BioneXt criticises that the government continues to exclusively cooperate with Laboratoires Réunis for the large-scale testing, without issuing a new call for tender.

In her reply to a parliamentary question by MPs Claude Wiseler and Michel Wolter from the Christian Social People's Party (CSV), Minister of Health Paulette Lenert clarified on Monday that the Ministry had issued a call for tender for the second phase of the Large-Scale Testing Campaign. In the eyes of the Ministry, there was no need for a new call for tender seeing as the phase was essentially extended.

However, BioneXt rejects this argument, stating that the third phase evidently represents a reorientation of the campaign. In addition, BioneXt accuses the Ministry of tailoring the last call for tender to Laboratoires Réunis' profile.

The lab from Leudelange also reports that due to the third phase, it has lost a large part of its testing activity related to people travelling abroad. According to its own statements, BioneXt had to lay off a number of workers under fixed-term contracts. A first consequence of the government's choice is thus the "destruction of the testing capacity for the benefit of the population", BioneXt concludes.