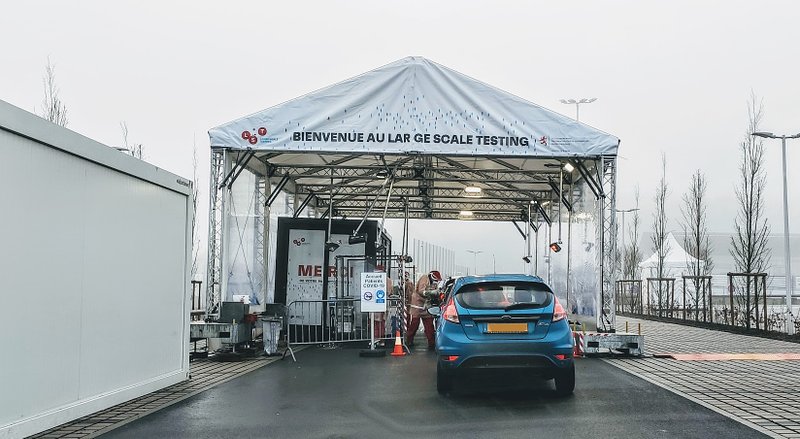 The Court of Auditors aims to clarify whether procedures and laws were respected when choosing the service providers for the Large-Scale Testing Campaign, as well as whether state money was correctly managed.

The systematic coronavirus screening of the population started in May 2020 in Luxembourg. The Large-Scale Testing Campaign is now in its third phase and since the launch of the project, its cost has exceeded €150 million. The Court of Auditors has recently been asked to examine the financing and the procedure behind the campaign.

The members of the Parliamentary Commission on Budgetary Control have drawn up a list of questions for this purpose. They want to know whether the procedures and laws were followed in awarding the Large-Scale Testing contracts and whether the state's money was properly managed.

According to the chairwoman of the commission, MP Diane Adehm from the Christian Social People's Party (CSV), the Court of Auditors may investigate anything and everything to do with "the financial part of the Large-Scale Testing Campaign".

Adehm expects that the Court will enquire about the contracts and verify whether they were all put out to tender. Auditors may also look into the decision-making process behind the campaign. In particular, Adehm explained, how the decision was made to transform the campaign from a research project into a full-blown state operation.

Members of the Commission agreed that the Court of Auditors would not be able to check all the aspects that the Alternative Democratic Reform Party (adr) had requested in its resolution. Adr-MP Fernand Kartheiser acknowledged that there are also health policy aspects, which should rather be analysed within the Parliamentary Commission of Health.

According to Kartheiser, the question of the "actual cost-benefit" of the campaign is one of them. The MP pointed out that the state had to pay "a very high price just to find a positive result", adding that "a virologist" had said that it costs €29,500 to find one positive test result.

In the eyes of Kartheiser, it must now be determined whether the campaign "actually interrupted chains of infections", stating that there have been "very controversial discussions, even among doctors" as to how contagious an asymptomatic patient is.

Many questions remain unanswered in this area. MP André Bauler from the Democratic Party (DP) also said he wanted transparency and clarity on the whole process. For Bauler, the main questions revolve around the actual cost of the campaign's three phases, the selection criteria for choosing the service providers and the individuals in charge of setting them, as well as the issue of any potential conflicts of interest.

The Court of Auditors will now draw up a report based on these questions.