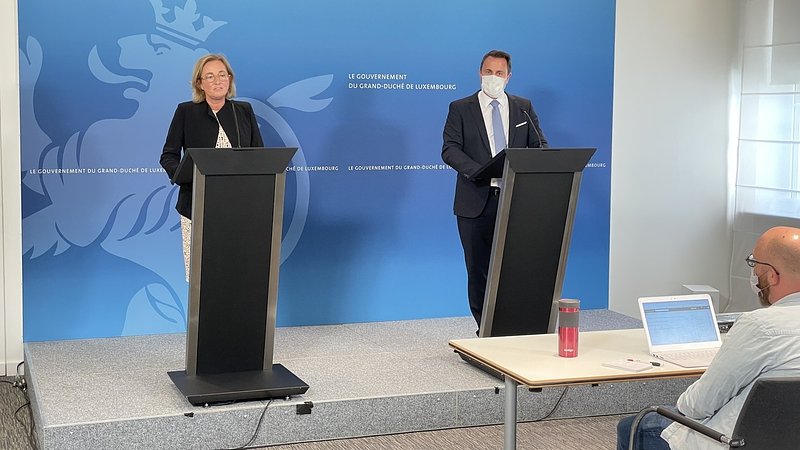 During Friday's briefing, the PM and Minister of Health announced that people aged 18 and over will be able to register for the jabs at impfen.lu.

The site will open on Saturday morning and will run alongside the regular vaccine rollout, which is now inviting people aged around 33.

The new waiting list is aimed at adults of any age who have not yet been vaccinated, whether they missed or declined a previous invitation, or simply have not yet been called up for their jab. The regular campaign will continue to administer Pfizer and Moderna jabs.

Children aged 12 and over will be vaccinated in Luxembourg in accordance with the EMA guidelines, announced Paulette Lenert. This has been confirmed by the Superior Council of Infectious Diseases.

The CSMI has also issued recommendations for people who have been infected with the virus and are expecting vaccinations.

People who have tested positive for the virus in the last six months and have received the first dose of the vaccine may not necessarily require a second jab.

GPs are to receive a set of guidelines so they can advise such patients on the best way to proceed with further vaccination. These people will also receive a certificate confirming they are fully vaccinated.

The CSMI added that people can receive a vaccine four weeks after infection at the earliest.

People in these circumstances can also contact the vaccine hotline for further information and can advise if they do not wish to receive the second jab.

Xavier Bettel said that 52% of Luxembourg's adult population had now receiving at least one dose of the vaccine.

In an optimistic scenario, the PM went on to say that all over-18s should have received an invite by 15 July, dependent on vaccine deliveries. Johnson&Johnson, for example, has only delivered 12,000 doses out of a potential 50,000 this month, he added.

Children aged 12 to 18 will start receiving invitations after this stage, with vulnerable patients prioritised.

People who are not fully vaccinated will be able to make use of a revised Large Scale Testing scheme. From 20 June onwards, appointments may be made for PCR tests as and when they are required. A smaller number of invites will be issued to maintain the weekly overview of the virus' development in the Grand Duchy.