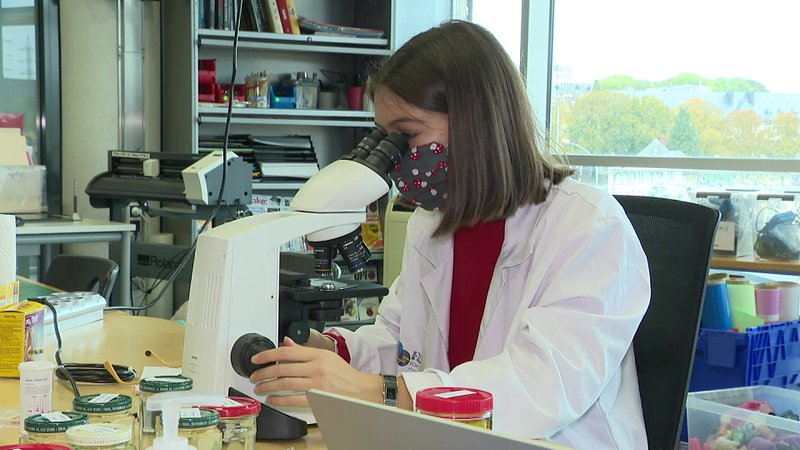 Since 1971 the "Jonk-Fuerscher-Concours" is organised by the Foundation of Young Scientists Luxembourg.

The national competition allows science-enthusiastic teenagers to present their work and findings to the Luxembourg public, and with a little bit of luck to an international audience later.

RTL colleague Christophe Hochard had the opportunity to look over Mara Manieri's shoulders.

The young scientist has taken water samples from rivers and streams and analysed the consequences of manure and fertilisers on the water quality, agricultural activities that will be forbidden from 15 November onwards.

So what was her conclusion? Larger micro-organisms are found in cleaner water, which disappeared with more fertiliser, leading to an increase in bacteria. The reservoir lake, according to Manieri's findings, is very clean, even with fertilisers still being permitted for several more weeks.

Once graduating from school, Manieri would like to study medicine. Having won this prize is a great addition to her CV. She would have represented Luxembourg in Spain on a European level in September, but the event was cancelled due to the pandemic.

66 young scientists, between the ages of 11 and 21, participated in this year's Jonk-Fuerscher competition. Participants can register for next year's edition up until mid-February.