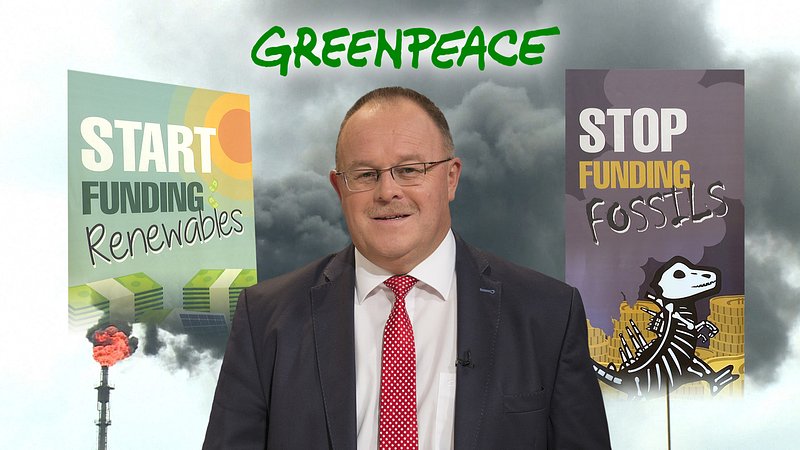 The second court session of a case involving Greenpeace and Minister of Social Security Romain Schneider took place this Monday at the administrative court.

A representative of Greenpeace did not shy away from calling a spade a spade at the administrative court this Monday morning: "We would like our minister to invest our money in the future of our children in a way that our world will still be able to witness." The environmental organisation is accusing the minister of investing in climate-damaging energies.

The feud started in August when Greenpeace sent a letter in which they demanded the minister to elaborate of the investments of the pension fund and the potential risks of these investments.

The minister, however, never replied to the letter. The organisation showed itself determined and took the case to the administrative court in order to force Schneider to answer to their questions.

The lawyer of the environmental organisation, Philippe Penning, argued that the court heard "how the minister said: 'I don't need to abide by environmental considerations. That's not my mission and the pension fund has no obligation to abide by these things.' This means the minister tells us: 'keep moving, nothing to see here, I will do what I want with my investments.' We're saying this: this can't be possible that Luxembourg signs the Paris Agreement and then our minister invests pension money into Shell, Total, BP and so on."

Schneider's lawyer argued that it was not the role of Greenpeace to consider the financial risks of investments relating to the pension funds. He stressed that it was their job to care about nature and environment protection. The investments primarily made sure that the pension system was well maintained and therefore did not require to respect environmental protection, he argued.

He also claimed that Romain Schneider did not have the necessary information to answer to half of the questions and that the questions themselves were too vague. Days before the court case continued, Schneider's Green colleagues Claude Turmes and Carole Dieschbourg unveiled the national climate plan, which Turmes described as 'the most ambitious climate plan in Europe.'

The verdict will be rendered next Tuesday.