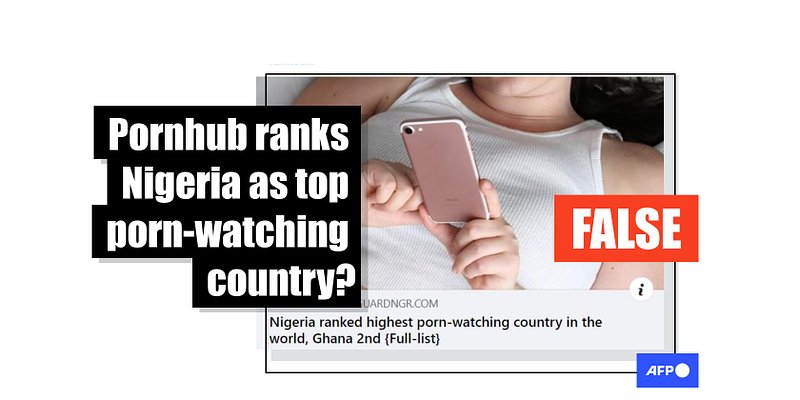 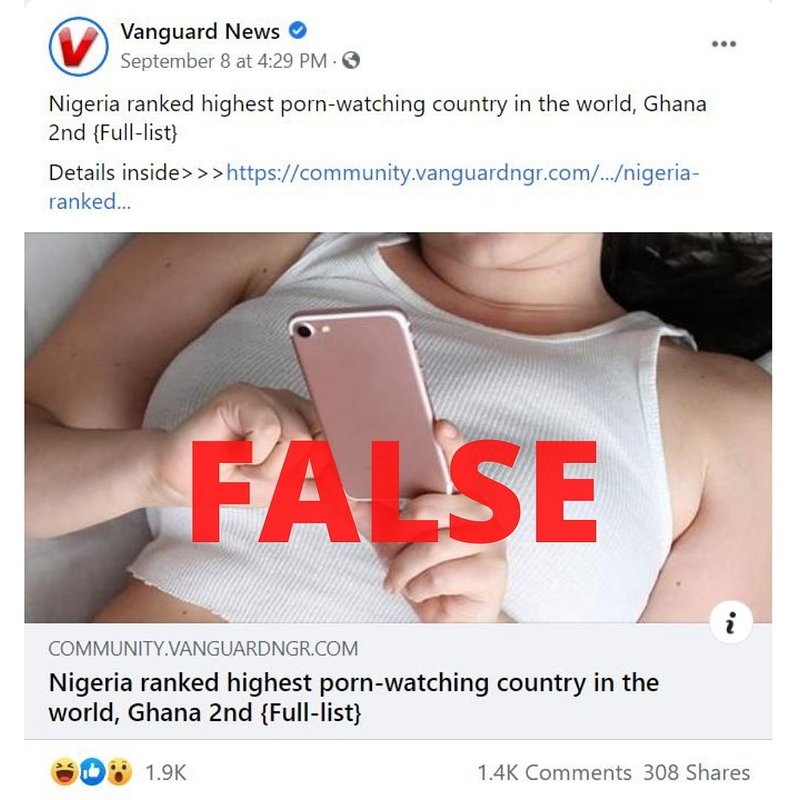 The post features a chart purportedly from Pornhub's website, with Nigeria at the top of a list of 25 countries. The image is visibly cropped at the top and the bottom. 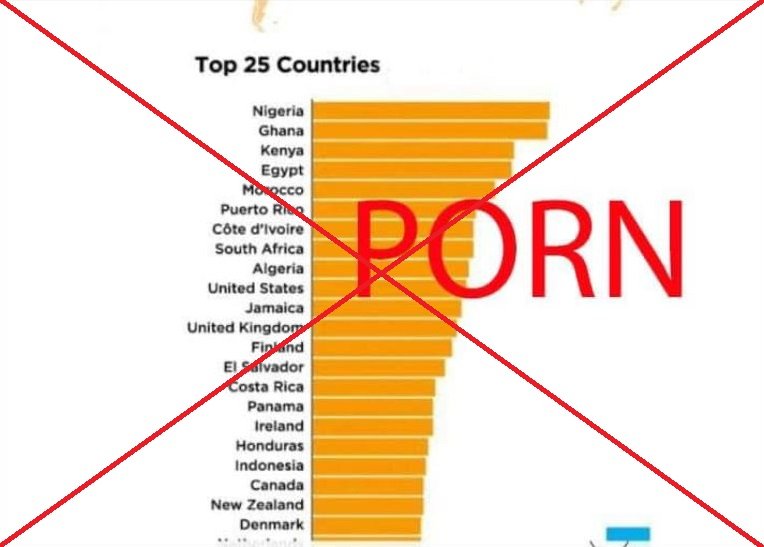 A screenshot taken on September 30, 2021, showing the cropped chart

The post from Vanguard’s community forum has also been shared elsewhere on Facebook and archived here, here and here. 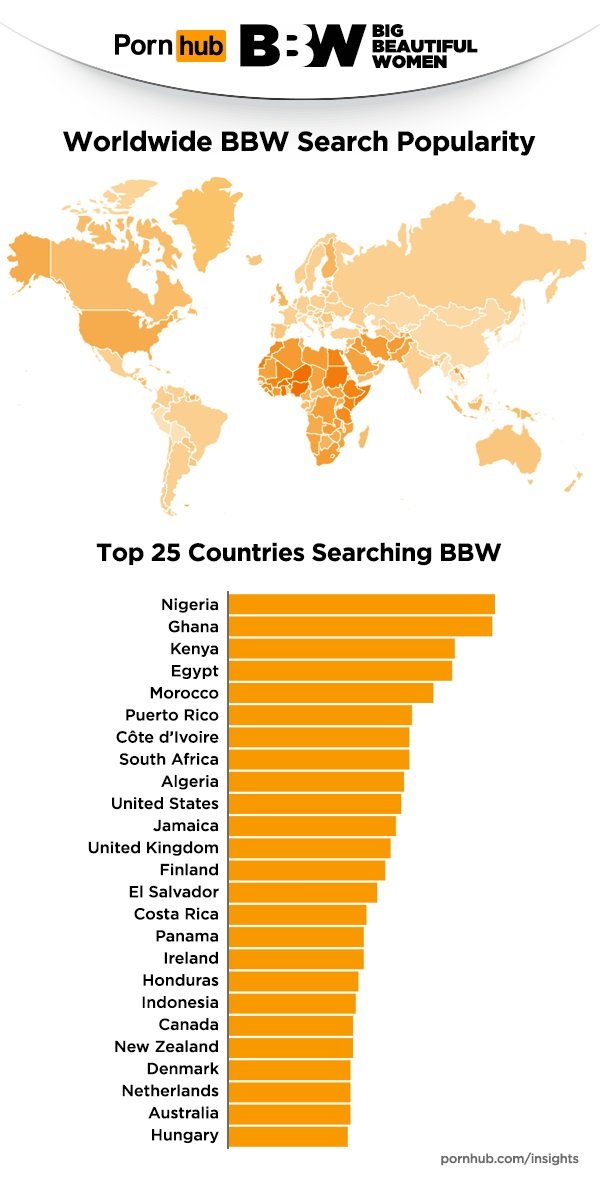 A screenshot taken on September 30, 2021, showing the full chart 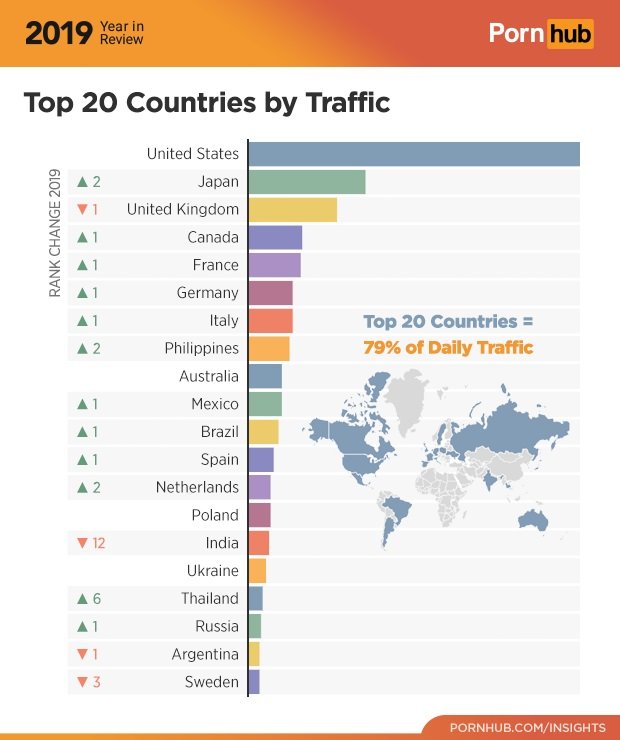 “South Africa moved down from Pornhub’s Top 20 countries to number 24 in 2019. The average visitor spent 11 minutes 21 seconds, and 37% of visitors were female,” the report noted.