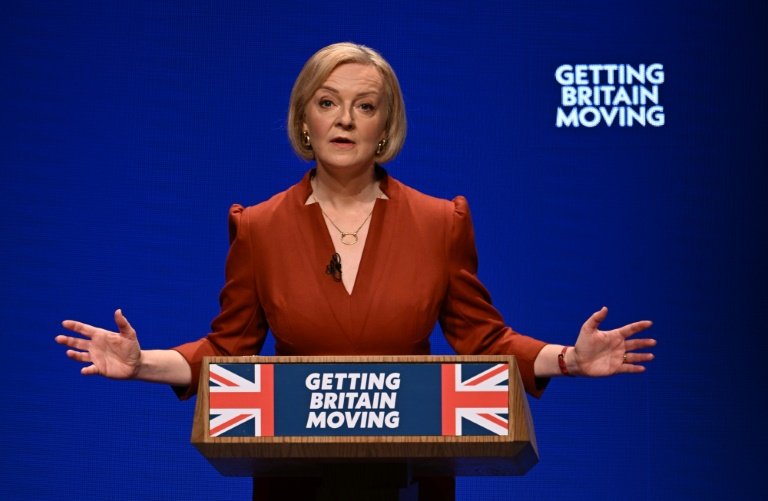 The premier on Monday shredded her tax-slashing budget after it sparked markets chaos over rocketing state debt, as traders questioned the government's credibility on public finances.

Truss was elected last month on a tax-cutting platform and her astonishing reversal prompted talk of a rebellion within the governing Conservative party.

The furore "is a rather extreme example of how markets react when a change in policy does not appear to be credible", said economist Antoine Bouet at French economic forecaster CEPII.

The Truss budget is not the first time that world governments have failed to overcome the verdict of markets.

Other examples include the pound's exit from the gold standard in 1931 and from the Exchange Rate Mechanism in 1992, as well as the Asian financial crisis in 1997, analysts say.

Britain's reversal has echoes of 1983 France, when socialist president Francois Mitterand switched to austerity in a major U-turn to restore market stability.

Truss's flagship mini-budget on September 23 was aimed at boosting the recession-threatened economy and easing a cost-of-living crisis.

But her costly universal energy price freeze and tax cuts were financed by debt, fuelling fears of even higher inflation.

That sent UK government bond yields rocketing and the pound collapsing to a record dollar-low on debt concerns.

In reaction, the Bank of England launched an emergency bond-buying plan to help avert a financial catastrophe, while the International Monetary Fund urged a budget rethink amid a surge also in mortgage rates.

Three weeks later, Truss fired finance minister Kwasi Kwarteng and replaced him with Jeremy Hunt -- who then axed most of the tax cuts, slashed the energy-price cap and warned of tough spending cutbacks.

"No government can control the markets but every government can give certainty about the sustainability of public finances," Hunt said Monday as he took the axe to the budget.

Bouet argued the markets did not dictate the political and economic policy, rather they reacted to it.

"There is a large amount of room for manoeuvre for governments, provided they do not go completely off the rails," the economist told AFP.

The reaction would have been "on a smaller scale" if the UK had announced smaller tax cuts -- or energy price assistance that was more targeted.

The market response was "brutal" because of "major inconsistencies", Bouet said.

Truss' budget was seen as adding to already sky-high inflation, which the Bank of England is struggling to bring down.

The BoE is set to deliver a super-sized interest rate hike next month after UK inflation hit a 40-year high of 10.1 percent in September.

"Financial markets can and will push governments around, especially if governments -- or central banks -- do something stupid," Mould told AFP.

"Bond and currency markets are so large they can overwhelm almost anyone."

Some have tried to take on markets, such as in 2012 when Mario Draghi -- at the time head of the European Central Bank -- vowed "to do whatever it takes" to save the euro.

The Truss budget drama "showed what happens if you surprise markets -- and don't have a convincing plan on how to pay" for costly measures.