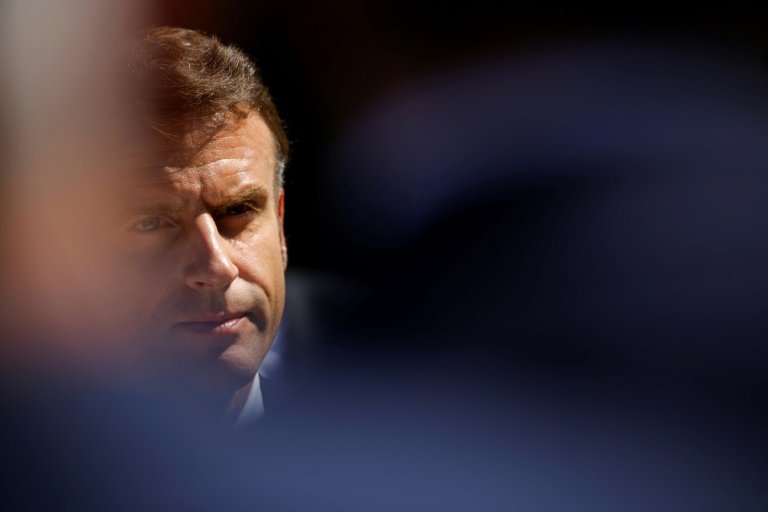 The French government vowed on Thursday to push through pension reform by the end of the winter despite opposition from unions which launched a first major day of strikes.

A call for nationwide stoppages by the CGT union on Thursday -- the first since President Emmanuel Macron was re-elected in April -- caused some disruption, but was not widely followed.

Several unions, including the country's biggest, did not take part, although all of them and left-wing political parties are gearing up for a months-long fight over efforts to raise the pension age.

"It's the start of a social battle," leading left-wing MP Alexis Corbiere from the France Unbowed (LFI) party told AFP as he took part in a protest march of tens of thousands in Paris. "My hope is that this is the starting point."

Macron made raising the retirement age from its current level of 62 one of the key planks of his re-election campaign, arguing that the current system was unsustainable and too expensive.

"All the unions in France are against working up to 64 or 65 years. Because it's stupid," the head of the CGT union, Philippe Martinez, told France 2 on Thursday.

Left-wing political parties have called their own separate rallies on October 16 to demand pay rises and an end to the planned pension changes.

Though Macron is known to be in a hurry to push through legislation, Prime Minister Elisabeth Borne announced Thursday that the government would spend another few months in consultations with unions and other political parties.

"There are important questions we want to open talks about," she told AFP after talks at the presidential palace on Wednesday evening.

A bill would be voted on "before the end of the winter", she promised.

With deficits spiralling and public debt at historic highs, Macron views pushing back the pension age as one of the only ways the state can raise revenues without increasing taxes.

But his centrist party lost its majority in parliament in June, severely undermining his ability to make changes that are broadly unpopular.

Labour Minister Olivier Dussopt said that the 44-year-old head of state would not hesitate to call fresh elections if opposition parties voted down the government over the reform.

"If all of the opposition comes together to adopt a vote of no-confidence and brings down the government, he (Macron) will let French people decide and say what sort of a majority they want," Dussopt told the LCI channel.

No opposition party has pledged to support the centrist minority government so far, but the conservative Republicans might still be persuaded, observers say.

"I'm not sure that there's a majority in the country for working longer, lowering unemployment benefits and freezing salaries," Corbiere said in a swipe at Macron's economic policies.

The government has raised salaries for public sector workers -- but below inflation of nearly 6.0 percent.

The strike on Thursday was followed by about one in ten teachers, according to the education ministry, leading to school closures in some areas.

One in three railway workers also stopped work, according to the CGT, leading to major cancellations on key routes including Paris-Bordeaux.

The biggest of around 200 protests nationwide drew up to 40,000 people in Paris, according to organisers, while around 4,000 people marched in the southern city of Marseille.

"It's a bit disappointing," said Nathalie Bourget, a teacher at the Paris march. "We were hoping for more."

The strikes and demonstrations were much smaller than in 2019 -- Macron's last attempt to reform pensions -- when hundreds of thousands marched and a four-week strike hit the Paris transport system.

Macron called off the reform several months later amid the Covid-19 pandemic.

"It's up to us to show our determination, to show that street protests still have some power," said Xavier Signac, a 48-year-old member of the UNSA union from southwest France, as he walked along with a flag in Paris.