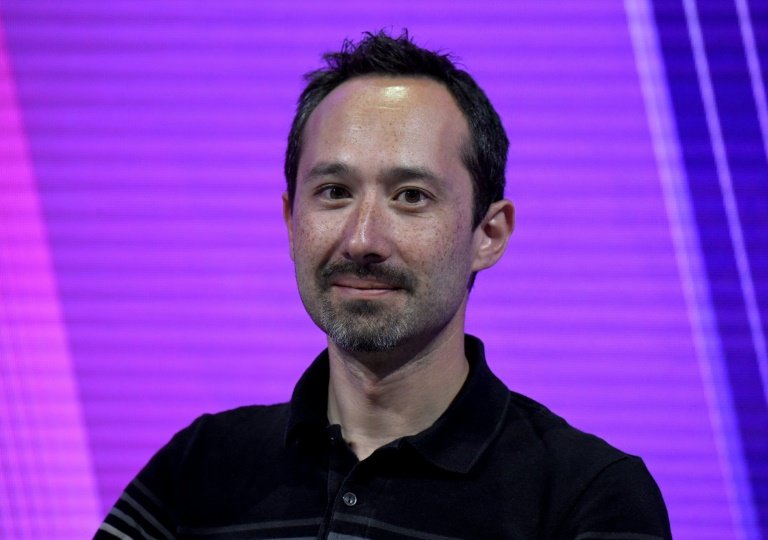 Sebastien Borget, French co-Founder of decentralised gaming virtual world The Sandbox, says his creation is a hub for "creativity and experience" / © AFP/File

Big brands are rushing to the metaverse but the path to profit is still unclear and mass adoption may be years away, one of the sector's biggest players, Sebastien Borget, told AFP in an interview.

Borget is co-founder of The Sandbox, a platform that began life as a game for mobile phones and PCs but is transforming itself into a virtual world where anyone can buy land in the form of digital tokens.

Fashion brands like Gucci and Adidas, financial firms Axa and HSBC, and Warner Music are among those who have already chosen to set up shop in The Sandbox.

"Above all, it is a place for creativity and experience," said Frenchman Borget, distancing himself from the idea that it is simply a commercial venture.

"Brands don't go there to monetise, we don't know how to do that."

Enthusiasts are convinced that internet users in the near future will shop, mingle with friends or go to concerts in platforms like The Sandbox or its main competitor Decentraland.

Users will strap on virtual reality headsets, buy and sell in cryptocurrencies and have all their transactions stored on the blockchain -- a kind of digital ledger.

At least that is the theory.

The Sandbox is still largely a quest game where players hop through landscapes illustrated in block graphics, collecting treasures and vanquishing enemies.

Players are also encouraged to build their own worlds and invent games.

The metaverse version -- where players largely do the same thing but can earn cryptocurrency rewards and buy extra kit for their avatars -- has only opened to the public for special events.

Some 350,000 people visited during its last opening in March, said Borget, far short of his aim to attract "hundreds of millions".

"We hope to achieve this within five to 10 years," he said.

But there is still plenty of public scepticism about the metaverse and the wider web3 phenomenon -- an idea for a blockchain-based internet centred on individuals rather than big social media platforms.

Cryptocurrency trading underpins the commercial side of web3, but the main coins are wildly unstable and transactions can suck up a huge amount of energy.

The crypto ecosystem is largely unregulated, has gaping security flaws and little in the way of insurance, leaving users open to fraud and scams.

But Borget is confident that the offer of a space for individuals to socialise, trade, play -- and crucially own their digital footprint -- will win out.

"For the first time, users have ownership of their digital content," he said.

"The avatar, the wearables, the equipment, the land, the houses... everything belongs to them. They can dispose of it as they want."

Despite his focus on the social and creative aspects, The Sandbox has a clear commercial motive.

It takes five percent commissions on all transactions as well as pocketing profit from the sale of virtual land. Its revenue was $200 million last year.

Plenty of major companies have jumped in, Borget highlighting that The Sandbox has only 166,464 plots of virtual land on offer.

"This map has a finite number of plots, which is not the case for all decentralised virtual worlds," said Borget.

But Borget said brands were still searching for the best way to develop their virtual shops and offices.

"Brands were slow to embrace the web," he said.

"With web3 they are trying to get in a little earlier so as not to repeat their past mistakes."