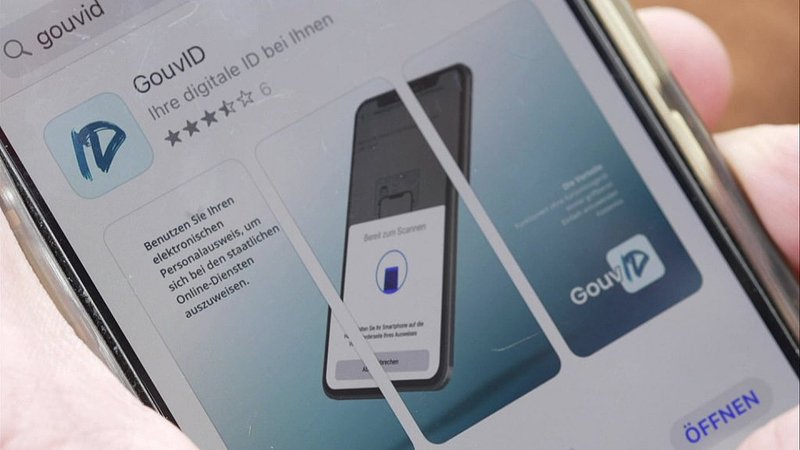 After CovidCheck and MyGuichet, the new GouvID app is the third app released by the Luxembourgish government. What is it for?

The free app was introduced in February by Marc Hansen, minister for digitisation. It allows smartphone users to digitally identify themselves during administrative requests, which more and more people are now doing on their phone.

In principle, this system has already existed since 2014 with the LuxTrust certificate. GouvID offers the same service, specifically to sign into government services and portals such as MyGuichet.

It is paired with the physical identity card, which is now issued with a digital certificate. 90,000 of these have already been issued to citizens.

With a 10 year validity, it will take until 2032 until every citizen has one. If you want a new card before your old one expires, you can request it from your municipality for only 15 euros.

GouvID is primarily meant to make things faster and easier. It allows citizens to digitally sign their tax return, for instance. Or request a student loan, photograph all the necessary documentation and apply directly from their smartphone. Even the fishing license can be fully completed online.

At some point, it will also be possible to use your smartphone to identify yourself "in the real world", and even to keep your driving license in your phone's wallet rather than your physical one. But that lies some way in the future and will also require harmonisation on the European level.

Nationally, however, GouvID is one step in that direction.