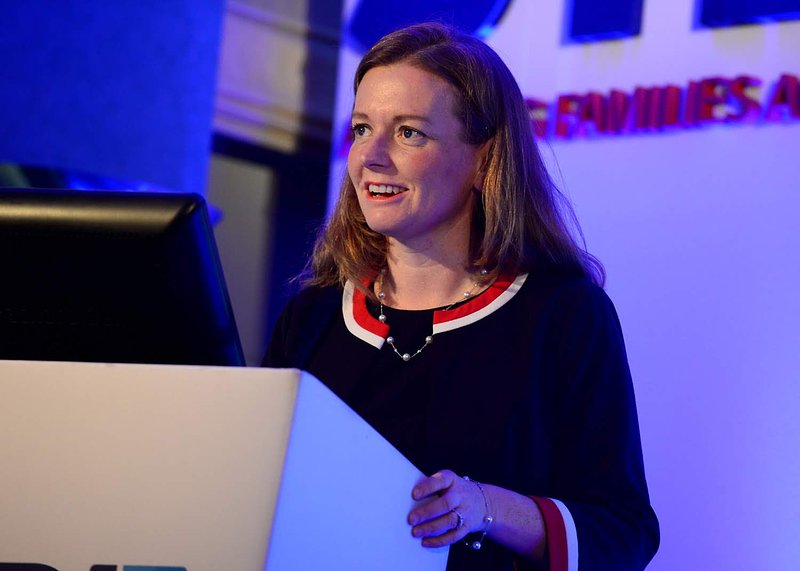 Benjamin is the first female President in the 74 year history of the Society.

Having served as Vice-President for the past 2 years, Benjamin succeeds David Clark, who after having successfully relaunched the Society has stepped down from the Council.

David has been nominated become the first Honorary Member of the Society.

The announcement came via a press release on Sunday 7 March. Raised in Guernsey, the Channel Islands, Louise graduated from the University of Cambridge (MA Law) and trained as a solicitor in London. She was previously the Chair of STEP Benelux and has been living in Luxembourg since 2002, she is married to a Luxembourger and active mother of 3 children.

Louise holds both British and Luxembourg nationality and is the founder of Benjamin Law Firm. She is an English Solicitor and a Luxembourg Avocat à la Cour practising only Luxembourg law.

Benjamin says of the new role: "I am delighted to have been elected as President of the British-Luxembourg Society, a society that is steeped in history and friendship of two great nations. Now more than ever we will continue to deepen, maintain and develop the bonds of friendship that exist between the Grand Duchy of Luxembourg and Great Britain at a crucial moment in history."

Louise may be familiar to readers of RTL Today, having featured on our popular podcast ‘In Conversation With Lisa Burke‘.

Founded in 1947 to foster good relations between Britain and Luxembourg, The British-Luxembourg-Society ASBL  has been hosting an annual Sir Winston Churchill Memorial Lecture with speakers including Margaret Thatcher (when in office), Neil Kinnock, Chris Patton, George Robertson, and Lord Hurd and most recently Lord Green.

For more information about the British-Luxembourg Society visit their website.