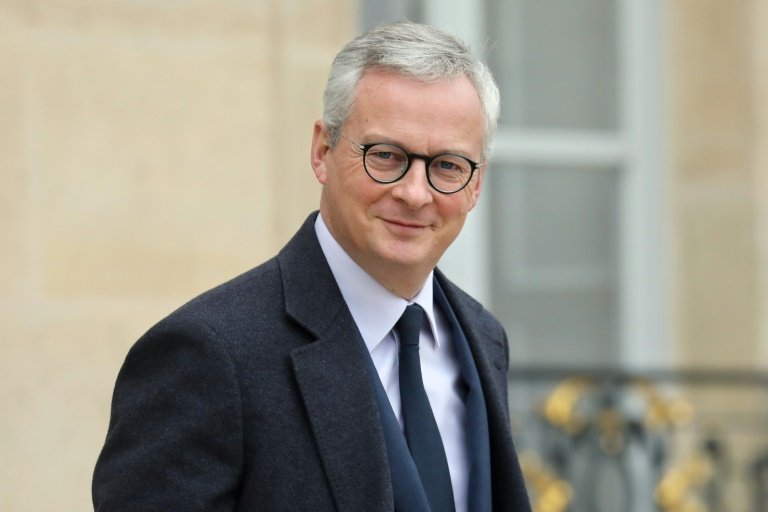 A US proposal for international digital taxes to be made "optional" is "not acceptable," French Finance Minister Bruno Le Maire said Friday.

France has been at the forefront of efforts to tighten taxation of digital giants and parliament infuriated the administration of President Donald Trump in July by adopting a law taxing digital firms like Google, Apple, Facebook and Amazon for revenues earned inside the country.

In a letter addressed Thursday to the Organization for Economic Cooperation and Development, US Treasury Secretary Steven Mnuchin reiterated support for ongoing talks on a deal that is to be finalised by June, but also made new propositions that unsettled trade partners.

The notion of a "safe harbor regime" that Mnuchin presents as a solution to US concerns includes the principle of "optionality" which Le Maire, however, said would not work.

"Frankly, I do not believe in the US proposal for an optional solution, where companies choose freely to be taxed or not," Le Maire told an audience in Paris.

"An optional solution would clearly not be acceptable to France or its OECD partners," the minister said.

"I have not seen many companies that accept to be taxed of their own free will. While you can always count on individual philanthropy, I am not sure that when it comes to public finances that goes very far," Le Maire said.

The French finance minister argued for a binding text being mulled by 135 countries under OECD auspices that would replace France's own three-percent tax on sales by digital giants within France.

Le Maire urged Washington to "return to the path of negotiations ... in good faith, not on an optional basis but on a binding basis for all states that sign up to the agreement."

France and other countries argue that multinational digital giants must pay taxes on revenues accrued in a country even if their corporate or tax headquarters are elsewhere, such as Ireland or Luxembourg where company profits are taxed at comparatively low levels.

In response to the French digital tax plan, the US has threatened to impose tariffs of up to 100 percent on $2.4 billion in French goods including champagne, cosmetics, yoghurt and Roquefort cheese.

In his letter, Mnuchin underscored the importance of the OECD talks "to prevent the proliferation of unilateral measures, like digital services taxes" that he urged member countries to suspend.

The row now threatens to block the OECD negotiations.

"It is regrettable that these trade wars lead our US allies and friends ... to directly attack products that symbolise the French culture," Le Maire said.

He said the French tax did not single out US companies, and that European Trade Commissioner Phil Hogan had expressed his "full support" for a EU-wide plan that would reply to the US threat in kind should it take effect.

Meanwhile Hogan said he was planning to sit down with US Trade Representative Robert Lighthizer next month to discuss the American threat against French exports.

"We are looking at all possibilities, but we prefer to have a negotiated settlement," Hogan told Bloomberg News.