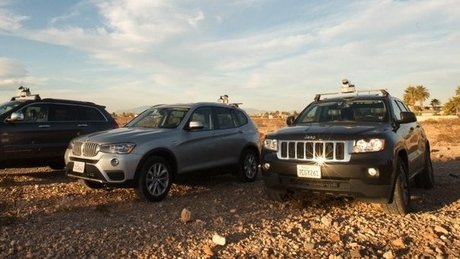 Civil Maps, a Silicon Valley-based start-up company, focuses on developing a mapping and localisation solution for autonomous vehicles – and has decided to set up its headquarters in Luxembourg.

Civil Maps started in 2013 with a simple objective: finding a way to avoid head-on collisions between trains caused by challenging weather or human error. Since then, its developers have created high-definition maps that allow them to localise the trains and enable asset management.

But why stop there? In 2015, a large US automotive manufacturer encouraged the young company to look into applying its technology for localising driverless vehicles. Immediately, the Civil Maps team got to work and developed a method for creating high-definition 3D maps of city surroundings called ‘Fingerprint Base Map’.

Civil Maps’ interest in Europe - and Luxembourg - started to grow about a year ago as the company saw European companies catch up with and even overtake their American competitors in the field of autonomous vehicle technology.

CEO Stefan Safko explains Civil Maps’ interest in Luxembourg: "Luxembourg is very conveniently located next to France, Germany and a couple of other countries that we are addressing. When you visit, you can see that there is a momentum building in the region."

The company had multiple reasons for choosing Luxembourg as a location for their European HQ. "There is an incredible pool of people actively seeking out smart mobility companies who are truly interested in making this happen in Luxembourg. You don’t see that in other regions," Mr Safko claims.  He went on to explain that Civil Maps has already had a lot of help from proactive organisations in setting up logistical issues, such as registering for VAT, finding office space, and other aspects needing to go swiftly when setting up a start-up. Additionally, the company has been holding regular meetings with a team from the University of Luxembourg's Interdisciplinary Centre for Security, Reliability and Trust, which is conducting research on self-driving cars.

The move has also been endorsed by Minister of the Economy Etienne Schneider, who tweeted about the news.